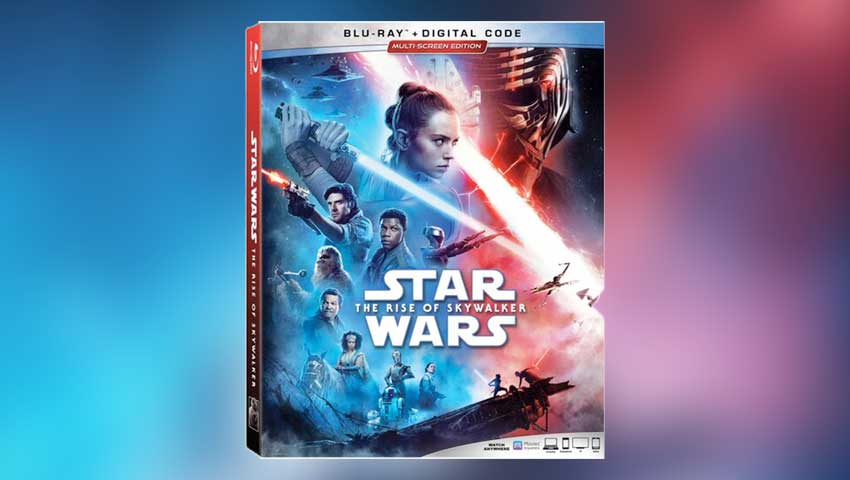 STAR WARS: THE RISE OF SKYWALKER has arrived digitally in HD and 4K Ultra HD™ and via Movies Anywhere, and CineMovie is giving away digital codes to two winners. Enter below and tell us why you deserve to win the final movie in the Skywalker saga.

STAR WARS: THE RISE OF SKYWALKER also arrives via a hard disc in 4K Ultra HD™, Blu-ray™ and DVD on March 31.

Bonus material in STAR WARS: THE RISE OF SKYWALKER includes a feature-length, making-of documentary, which goes behind the scenes with the cast and filmmakers from Star Wars: The Rise of Skywalker and explores the legacy of the Skywalker saga. Bonus features also dig into the film’s Pasaana desert scenes, including the thrilling landspeeder chase, and the ship in which Rey discovers family secrets as well as a new little droid named D-O. Plus, fans will hear from Warwick Davis, who reprises his role as Wicket the Ewok, as well as the creature effects team that created a record 584 creatures and droids for the film. Digital consumers will receive an exclusive feature highlighting legendary composer John Williams, who has scored every episode in the Skywalker saga.

PROMOTION DESCRIPTION: STAR WARS: THE RISE OF SKYWALKER Giveaway (“Sweepstakes”) begins on or about March 19, 2020 at 6:00 p.m. Eastern Time ("ET") and ends on March 24, 2020 (or while supplies last) at 11:59 p.m. ET (the “Sweepstakes Period”) or as long as tickets last. At the end of the Sweepstakes Period, a random drawing will be conducted to select winners from among all eligible entries received, as more fully set forth in the OFFICIAL RULES. Entry in the Sweepstakes does not constitute entry into any other promotion, contest or sweepstakes. By participating in the Sweepstakes, each entrant unconditionally accepts and agrees to comply with and abide by these Official Rules and the decisions of CineMovie TV, 2700 Arlington Ave. Ste. 101 Torrance, CA 90501 (“Sponsor”), which shall be final and binding in all respects.