The 'Fate of the Furious' Movie Ticket Giveaway in 8 Cities 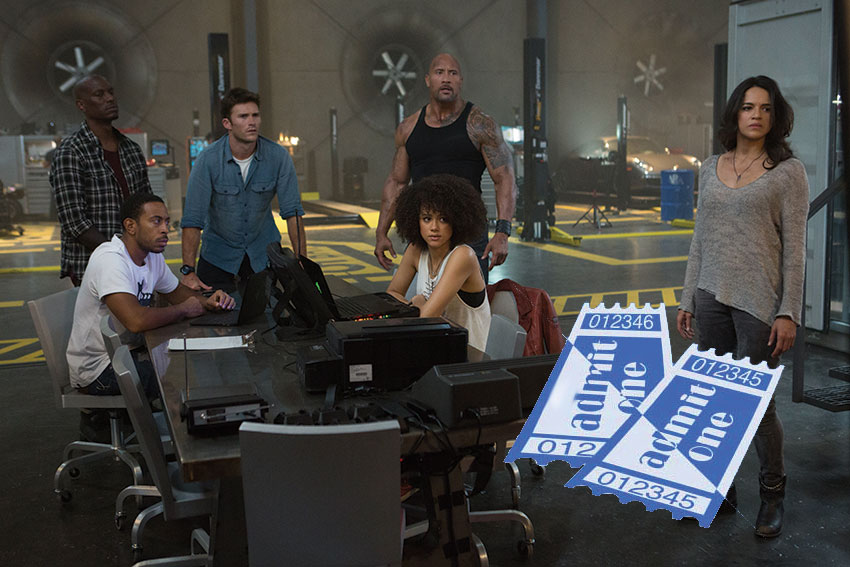 Before THE FATE OF THE FURIOUS hits movie theaters April 14th, CineMovie is giving away an advance screening with guaranteed seating in Albuquerque, Chicago, Los Angeles, Dallas, El Paso, Houston, Miami and New York City. Read on to find out how to enter.

Now that Dom (Vin Diesel) and Letty (Michelle Rodriguez) are on their honeymoon and Brian and Mia have retired from the game—and the rest of the crew has been exonerated—the globetrotting team has found a semblance of a normal life. But when a mysterious woman (Oscar® winner Charlize Theron) seduces Dom into the world of crime he can’t seem to escape and a betrayal of those closest to him, they will face trials that will test them as never before.

New 'Fate of the Furious' Trailer and Poster: It's Raining Cars

To enter the THE FATE OF THE FURIOUS Ticket Giveaway, click on the form below.

Charlize Theron Is Having A Bad Ass Week: She's A Furious Atomic Blonde

PROMOTION DESCRIPTION:  THE FATE OF THE FURIOUS Ticket Giveaway (“Sweepstakes”) begins on or about April 5, 2017 at 6:00 p.m. Eastern Time ("ET") and ends on April 10, 2017 at 11:59 p.m. ET (the “Sweepstakes Period”) or until tickets are sold out. At the end of the Sweepstakes Period, a random drawing will be conducted to select winners from among all eligible entries received, as more fully set forth in the OFFICIAL RULES.  Entry in the Sweepstakes does not constitute entry into any other promotion, contest or sweepstakes.  By participating in the Sweepstakes, each entrant unconditionally accepts and agrees to comply with and abide by these Official Rules and the decisions of CineMovie TV, 2700 Arlington Ave. Ste. 101 Torrance, CA  90501 (“Sponsor”), which shall be final and binding in all respects.