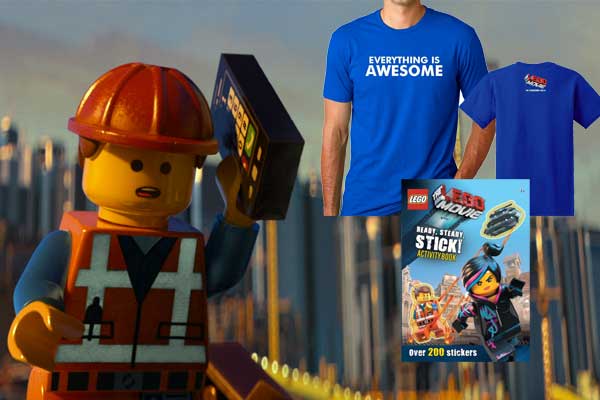 CineMovie presents ‘THE LEGO® Movie’ Prize Pack sweepstakes from Warner Bros. Pictures. Who isn't excited over the LEGO toys coming to the big screen?  To add to that excitement, CineMovie has THE LEGO®  MOVIE Prize Pack which includes promotional items such as a movie t-shirt, sticker book, keychain, movie poster and movie passes. Read on to find out how you can enter to win.

The original 3D computer animated story follows Emmet, an ordinary, rules-following, perfectly average LEGO minifigure who is mistakenly identified as the most extraordinary person and the key to saving the world. He is drafted into a fellowship of strangers on an epic quest to stop an evil tyrant, a journey for which Emmet is hopelessly and hilariously underprepared. Watch Trailer 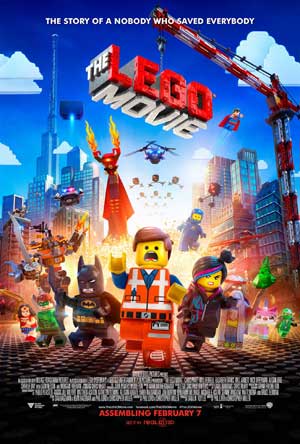 To enter the The LEGO Movie "Prize Pack" Sweepstakes, click on the Entry Form below and your answer to the following question.

The LEGO® Movie is the first ever theatrical adventure inspired by this legendary line of construction toys that were introduced to the world in Denmark in 1949. Name this line of toys.

PROMOTION DESCRIPTION: The LEGO Movie "Prize Pack" Prize Pack Giveaway (“Sweepstakes”) begins on or about January 27, 2014 at 6:00 p.m. Eastern Time ("ET") and ends on February 9, 2014 at 11:59 p.m. ET (the “Sweepstakes Period”).  At the end of the Sweepstakes Period, a random drawing will be conducted to select winners from among all eligible entries received, as more fully set forth in the OFFICIAL RULES.  Entry in the Sweepstakes does not constitute entry into any otThe LEGO Movie promotion, contest or sweepstakes.  By participating in the Sweepstakes, each entrant unconditionally accepts and agrees to comply with and abide by these Official Rules and the decisions of CineMovie TV, 2700 Arlington Ave. Ste. 101 Torrance, CA  90501 (“Sponsor”), which shall be final and binding in all respects.