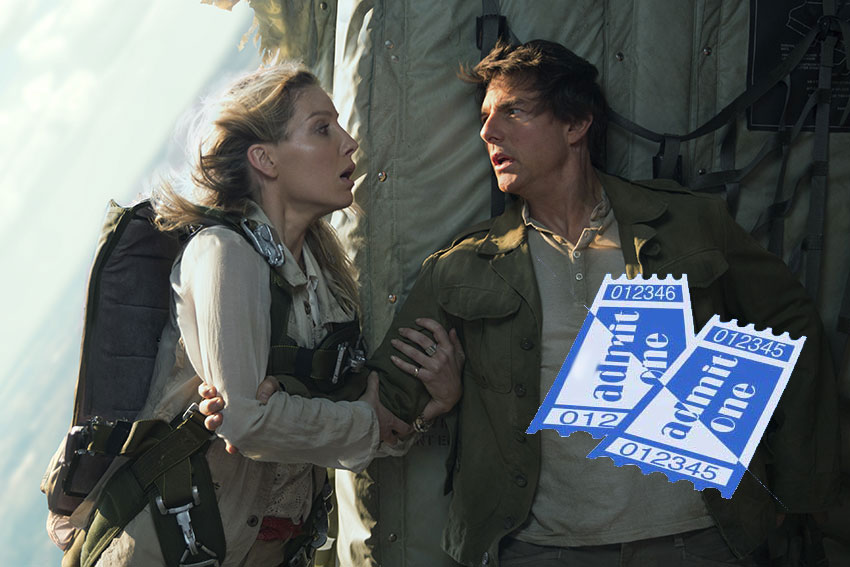 CineMovie is giving away advance movie tickets to THE MUMMY starring Tom Cruise and Russell Crowe with guaranteed seating in Chicago, Dallas, El Paso, Houston, Los Angeles, Miami, NYC, Phoenix and San Diego. Read on to find out how to enter.

Tom Cruise headlines a spectacular, all-new cinematic version of the legend that has fascinated cultures all over the world since the dawn of civilization: THE MUMMY. Thought safely entombed in a tomb deep beneath the unforgiving desert, an ancient princess (Sofia Boutella of KINGSMAN: THE SECRET SERVICE and STAR TREK BEYOND) whose destiny was unjustly taken from her is awakened in our current day, bringing with her malevolence grown over millennia and terrors that defy human comprehension.

From the sweeping sands of the Middle East through hidden labyrinths under modern-day London, THE MUMMY brings a surprising intensity and balance of wonder and thrills in an imaginative new take that ushers in a new world of gods and monsters.  Cruise is joined by a cast including Annabelle Wallis (upcoming King Arthur, television’s Peaky Blinders), Jake Johnson (Jurassic World), Courtney B. Vance (TV’s AMERICAN CRIME STORY: THE PEOPLE V. O.J. SIMPSON) and Oscar® winner Russell Crowe (GLADIATOR).

To enter THE MUMMY Ticket Giveaway, click on the form below.

PROMOTION DESCRIPTION:  THE MUMMY Ticket Giveaway (“Sweepstakes”) begins on or about June 1, 2017 at 6:00 p.m. Eastern Time ("ET") and ends on June , 2017 at 11:59 p.m. ET (the “Sweepstakes Period”) or until tickets are sold out. At the end of the Sweepstakes Period, a random drawing will be conducted to select winners from among all eligible entries received, as more fully set forth in the OFFICIAL RULES.  Entry in the Sweepstakes does not constitute entry into any other promotion, contest or sweepstakes.  By participating in the Sweepstakes, each entrant unconditionally accepts and agrees to comply with and abide by these Official Rules and the decisions of CineMovie TV, 2700 Arlington Ave. Ste. 101 Torrance, CA  90501 (“Sponsor”), which shall be final and binding in all respects.