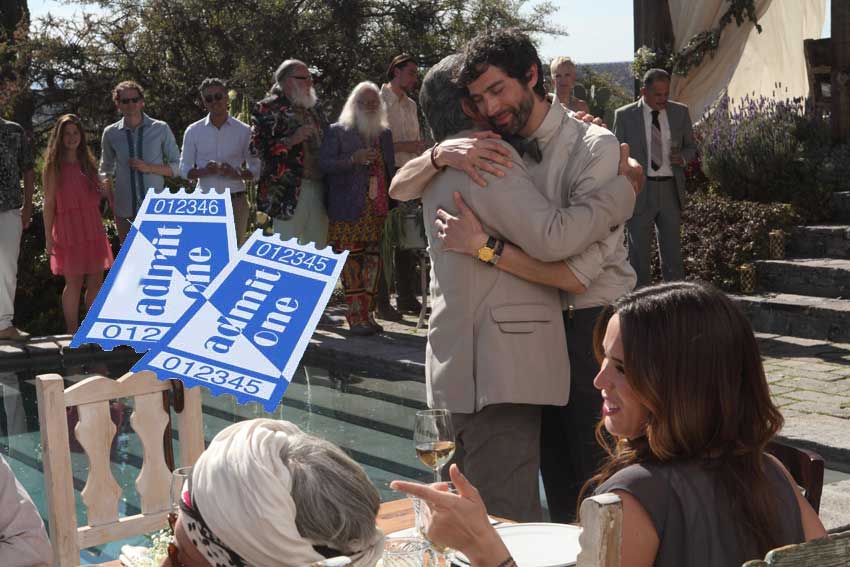 Set in the stately and majestic colonial city of San Miguel de Allende, this quirky comedy starring Héctor Bonilla, Benny Ibarra de Llano, Jacqueline Bracamontes and Sergio Mayer Mori, follows 85-year old Don Servando Villegas (Héctor Bonilla,) an old fashioned Mexican patriarch who gets kicked out of his retirement home for bad behavior. When his estranged son, Francisco (Benny Ibarra de Llano) is forced to take him into the house full of hippies he shares with his girlfriend and young son. “New age” collides with old age as Don Servando and his son Francisco experience a series of conflicts and situations that puts their home’s stability in jeopardy. UN PADRE NO TAN PADRE is a story about family: the one we’re born into and the one we create along the way. Watch Trailer

To enter the UN PADRE NO TAN PADRE Ticket Giveaway, click on the form below.

PROMOTION DESCRIPTION:  UN PADRE NO TAN PADRE Ticket Giveaway (“Sweepstakes”) begins on or about January 16, 2017 at 6:00 p.m. Eastern Time ("ET") and ends on January 25, 2017 at 11:59 p.m. ET (the “Sweepstakes Period”).  At the end of the Sweepstakes Period, a random drawing will be conducted to select winners from among all eligible entries received, as more fully set forth in the OFFICIAL RULES.  Entry in the Sweepstakes does not constitute entry into any other promotion, contest or sweepstakes.  By participating in the Sweepstakes, each entrant unconditionally accepts and agrees to comply with and abide by these Official Rules and the decisions of CineMovie TV, 2700 Arlington Ave. Ste. 101 Torrance, CA  90501 (“Sponsor”), which shall be final and binding in all respects.