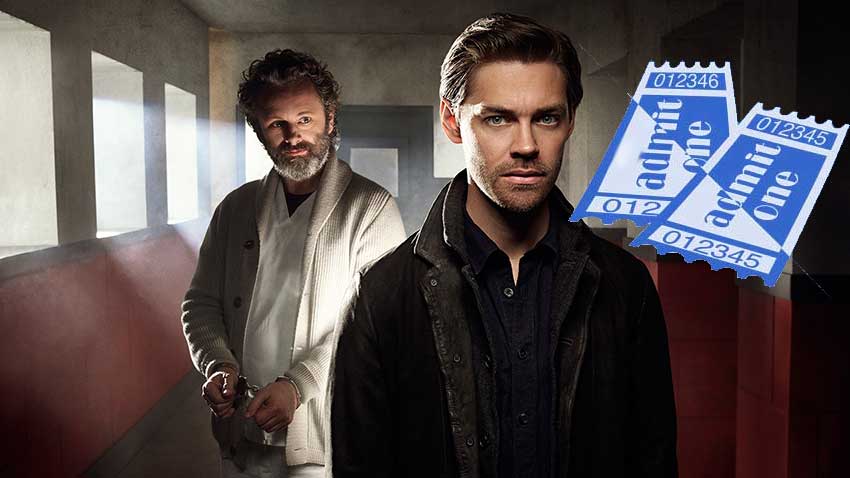 PRODIGAL SON is a fresh take on a crime franchise with a provocative and outrageous lead character and a darkly comedic tone.

MALCOLM BRIGHT (Tom Payne, “The Walking Dead”) has a gift. He knows how killers think and how their minds work. Why? Back in the 1990s, his father was one of the worst, a notorious serial killer called “The Surgeon.” So it makes sense Bright is the best criminal psychologist around; murder is the family business. He will use his twisted genius to help the NYPD solve crimes and stop killers, all while dealing with a manipulative mother, annoyingly normal sister, a homicidal father still looking to bond with his prodigal son, and his own constantly evolving neuroses.

Meet the happy family. DR. MARTIN WHITLY (Emmy Award and Golden Globe nominee Michael Sheen, “Masters of Sex,” “Frost/Nixon”) is intelligent, wealthy, charismatic and also happens to be a predatory sociopath who killed at least 23 people. Bright’s mother, JESSICA WHITLY (Bellamy Young, “Scandal,” “Criminal Minds”), an elegant and WASPy New Yorker, wields sarcasm like a samurai sword and has an opinion on every aspect of Bright’s life. Perhaps Bright’s only ally is his sister, AINSLEY WHITLY (Halston Sage, THE ORVILLE), a TV journalist who wishes her brother would “take a break from murder” and have a normal life.

Unfortunately for his sister, the only way Bright feels normal is by solving cases with the help of his longtime mentor, NYPD Detective GIL ARROYO (Emmy Award and Golden Globe nominee Lou Diamond Phillips, “Longmire,” “Stand and Deliver”). Arroyo’s one of the best detectives around, and he expects no less from his team – Detective DANI POWELL (Aurora Perrineau, “The Carmichael Show,” “Jem and the Holograms”), a headstrong no-nonsense cop who quickly becomes impressed with Bright’s work; and Detective JT TARMEL (Frank Harts, “Master of None,” “Billions”), a born-and-bred New Yorker who questions whether Bright is a psychopath himself.

So much for normal.