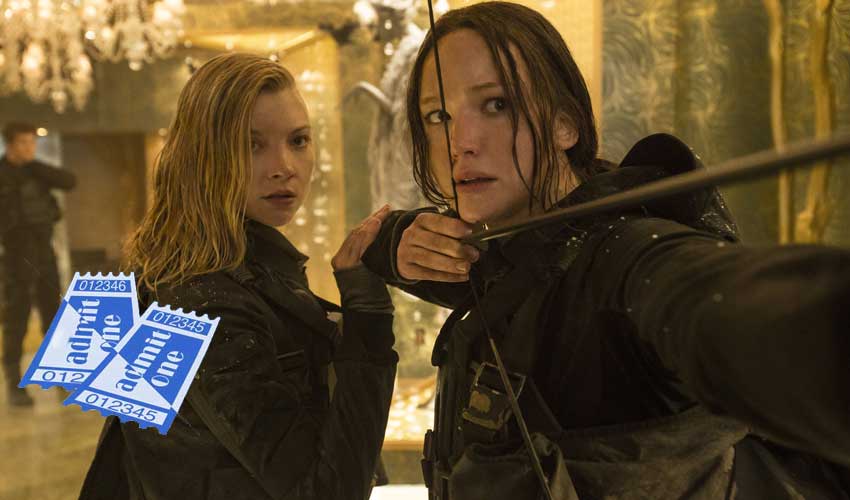 Be one of the first fans to experience the epic finale to THE HUNGER GAMES franchise at a Los Angeles screening. Read on to find how to enter for your chance at seeing HUNGER GAMES: MOCKINGJAY PART 2.

THE HUNGER GAMES franchise will come to a close with the final chapter in the THE HUNGER GAMES franchise with MOCKINGJAY PART 2 on November 20th. Jennifer Lawrence, Josh Hutcherson, Liam Hemsworth, Woody Harrelson, Elizabeth Banks, Julianne Moore, Sam Claflin, Elden Henson (Netflix's Daredevil) and most of the cast return for the final showdown between President Snow and Katniss. Watch Trailer

For a chance to win a Hunger Games: Mockingjay Part 2 LA Screening Tickets, click on the form below.

PROMOTION DESCRIPTION:  Hunger Games: Mockingjay Part 2 LA Screening Tickets (“Sweepstakes”) begins on or about November 10, 2015 at 6:00 p.m. Eastern Time ("ET") and ends on November 17, 2015 at 11:59 p.m. ET (the “Sweepstakes Period”).  At the end of the Sweepstakes Period, a random drawing will be conducted to select winners from among all eligible entries received, as more fully set forth in the OFFICIAL RULES.  Entry in the Sweepstakes does not constitute entry into any other promotion, contest or sweepstakes.  By participating in the Sweepstakes, each entrant unconditionally accepts and agrees to comply with and abide by these Official Rules and the decisions of CineMovie TV, 2700 Arlington Ave. Ste. 101 Torrance, CA  90501 (“Sponsor”), which shall be final and binding in all respects