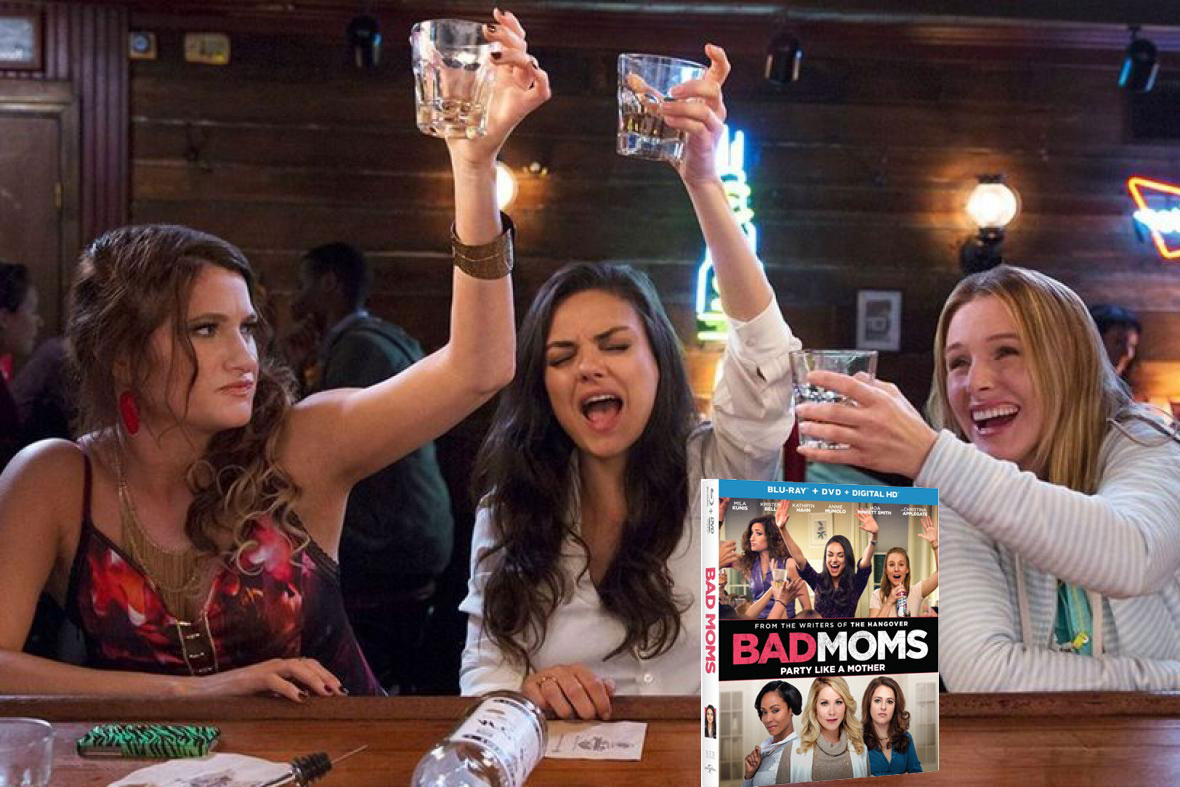 BAD MOMS, the year’s biggest R-rated comedy – a runaway hit with audiences and critics alike - is one comedy not to be missed.  The Blu-ray ™, DVD and Digital HD come with nearly an hour of exclusive bonus content including hilarious deleted scenes, gag reels and exclusive interviews with the cast and their moms that will have everyone laughing again and again!

It’s time to party like a mother with this hysterical and relatable film. In this hilarious and heartfelt comedy from the writing duo behind THE HANGOVER, Amy (Mila Kunis) has a seemingly perfect life – a great marriage, over-achieving kids, beautiful home and a career. However, she's over-worked, over-committed and exhausted to the point that she's about to snap.  Fed up, she joins forces with two other over-stressed moms (Kristen Bell and Kathryn Hahn) on a quest to liberate themselves from conventional responsibilities – going on a wild, un-mom-like binge of long overdue freedom, fun and self-indulgence – putting them on a collision course with PTA Queen Bee Gwendolyn (Christina Applegate) and her clique of devoted perfect moms (Jada Pinkett Smith and Annie Mumolo).

To enter the BAD MOMSBlu-ray/DVD Giveaway, click on the form below.

PROMOTION DESCRIPTION:  BAD MOMS Blu-ray/DVD Giveaway (“Sweepstakes”) begins on or about October 24, 2016 at 6:00 p.m. Eastern Time ("ET") and ends on November 4, 2016 at 11:59 p.m. ET (the “Sweepstakes Period”).  At the end of the Sweepstakes Period, a random drawing will be conducted to select winners from among all eligible entries received, as more fully set forth in the OFFICIAL RULES.  Entry in the Sweepstakes does not constitute entry into any other promotion, contest or sweepstakes.  By participating in the Sweepstakes, each entrant unconditionally accepts and agrees to comply with and abide by these Official Rules and the decisions of CineMovie TV, 2700 Arlington Ave. Ste. 101 Torrance, CA  90501 (“Sponsor”), which shall be final and binding in all respects.