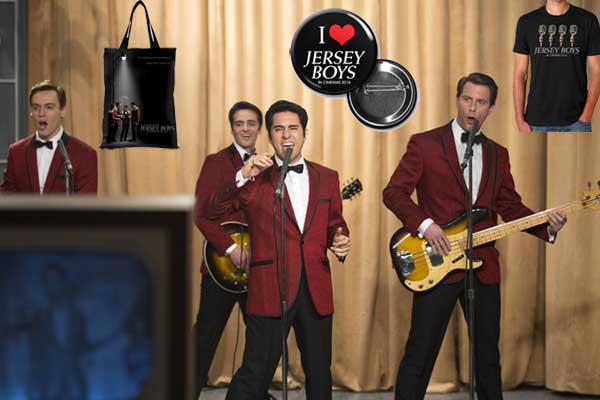 The hit Broadway show JERSEY BOYS comes to the big screen directed by Clint Eastwood, and CineMovie has the JERSEY BOYS “Fan Pack” Sweepstakes with prizes that include a JERSEY BOY t-shirt, tote bag, 3” button, movies passes and more. Read on to find out how you can enter for your chance at winning.

Clint Eastwood’s big screen version of the Tony Award-winning musical tells the story of the four young men from the wrong side of the tracks in New Jersey who came together to form the iconic `60s rock group The Four Seasons.  Their trials and triumphs are accompanied by the hit songs that influenced a generation, and are now being embraced by a new generation of fans through the stage musical. 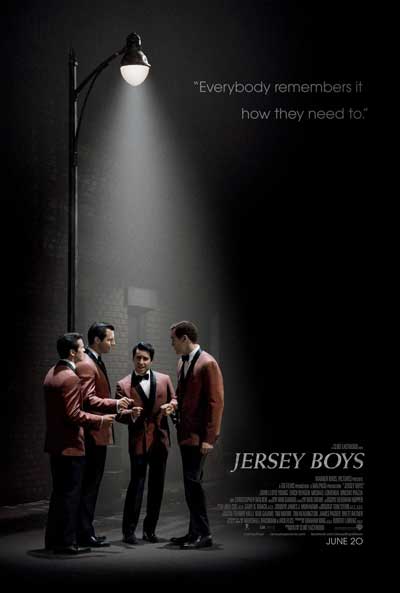 One (1) grand prize packs include:

**Hollywood Movie Money is a free admission voucher to see a predetermined film (JERSEY BOYS) redeemable nationwide starting 06/20/14 and valid for a limited time for use in any theater excluding AMC Theaters.

To enter the JERSEY BOYS “Fan Pack" Sweepstakes, click on the Entry Form below and your answer to the following question by watching the trailer.

JERSEY BOYS tells the story of four young men from the wrong side of the tracks in New Jersey who joined together to form a 1960s rock group. Name this iconic group.

PROMOTION DESCRIPTION: JERSEY BOYS “Fan Pack" Giveaway (“Sweepstakes”) begins on or about June 13, 2014 at 6:00 p.m. Eastern Time ("ET") and ends on June 22, 2014 at 11:59 p.m. ET (the “Sweepstakes Period”).  At the end of the Sweepstakes Period, a random drawing will be conducted to select winners from among all eligible entries received, as more fully set forth in the OFFICIAL RULES.  Entry in the Sweepstakes does not constitute entry into any other promotion, contest or sweepstakes.  By participating in the Sweepstakes, each entrant unconditionally accepts and agrees to comply with and abide by these Official Rules and the decisions of CineMovie TV, 2700 Arlington Ave. Ste. 101 Torrance, CA  90501 (“Sponsor”), which shall be final and binding in all respects.