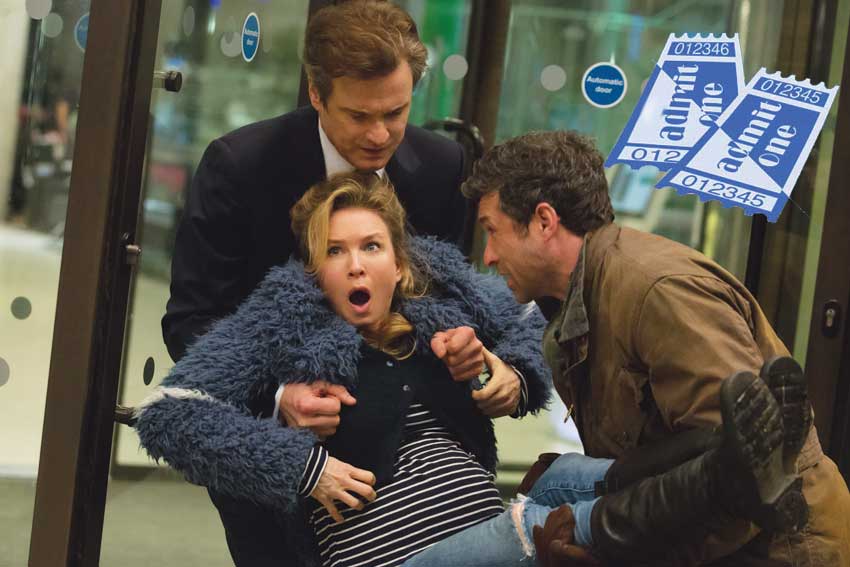 Bridget Jones (Renee Zellwegger) is back, and she’s got an all-new love triangle with BRIDGET JONES’S BABY, and CineMovie has advance movie screenings in 5 cities nationwide. Enter to win guaranteed seating in Chicago, Dallas, Los Angeles, Miami and and NYC.

Oscar® winners Renée Zellweger and Colin Firth are joined by Patrick Dempsey for the next chapter of the world's favorite singleton in BRIDGET JONES’S BABY. Directed by Sharon Maguire (BRIDGET JONES'S DIARY), the new film in the beloved comedy series based on creator Helen Fielding's heroine finds Bridget unexpectedly expecting.

After breaking up with Mark Darcy (Firth), Bridget Jones's (Zellweger) "happily ever after" hasn't quite gone according to plan. Fortysomething and single again, she decides to focus on her job as top news producer and surround herself with old friends and new. For once, Bridget has everything completely under control. What could possibly go wrong?

Then her love life takes a turn and Bridget meets a dashing American named Jack (Dempsey), the suitor who is everything Mr. Darcy is not. In an unlikely twist she finds herself pregnant, but with one hitch…she can only be fifty percent sure of the identity of her baby's father.

To enter the BRIDGET JONES'S BABY Ticket Giveaway, click on the form below.

PROMOTION DESCRIPTION:  BRIDGET JONES'S BABY Ticket Giveaway (“Sweepstakes”) begins on or about August 31, 2016 at 6:00 p.m. Eastern Time ("ET") and ends on September 11, 2016 (or as supplies last) at 11:59 p.m. ET (the “Sweepstakes Period”).  At the end of the Sweepstakes Period, a random drawing will be conducted to select winners from among all eligible entries received, as more fully set forth in the OFFICIAL RULES.  Entry in the Sweepstakes does not constitute entry into any other promotion, contest or sweepstakes.  By participating in the Sweepstakes, each entrant unconditionally accepts and agrees to comply with and abide by these Official Rules and the decisions of CineMovie TV, 2700 Arlington Ave. Ste. 101 Torrance, CA  90501 (“Sponsor”), which shall be final and binding in all respects.