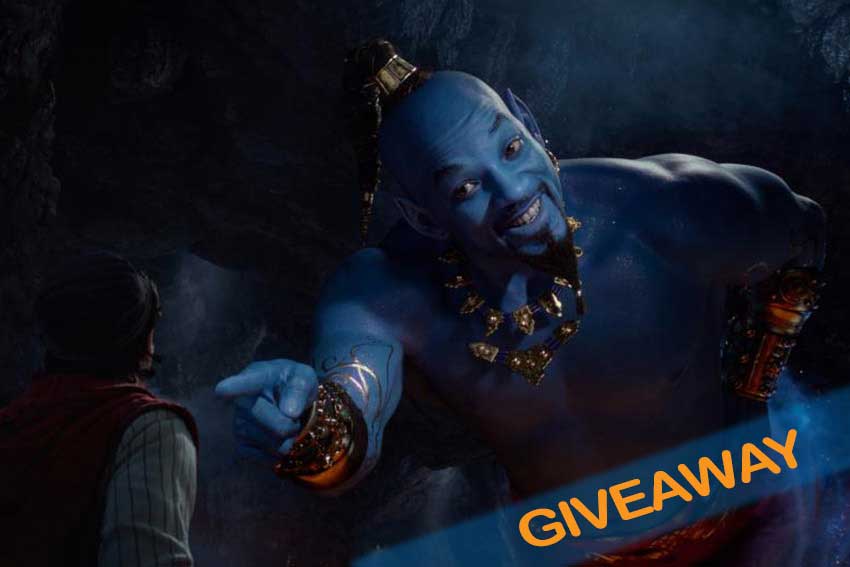 Will Smith is the blue genie in Disney's live-action remake of ALADDIN, and CineMovie has your advance movie tickets in Los Angeles, San Antonio, NYC, Chicago, Miami, San Diego, San Jose, Phoenix, Dallas and Houston. Get your Gofobo codes when you click below. 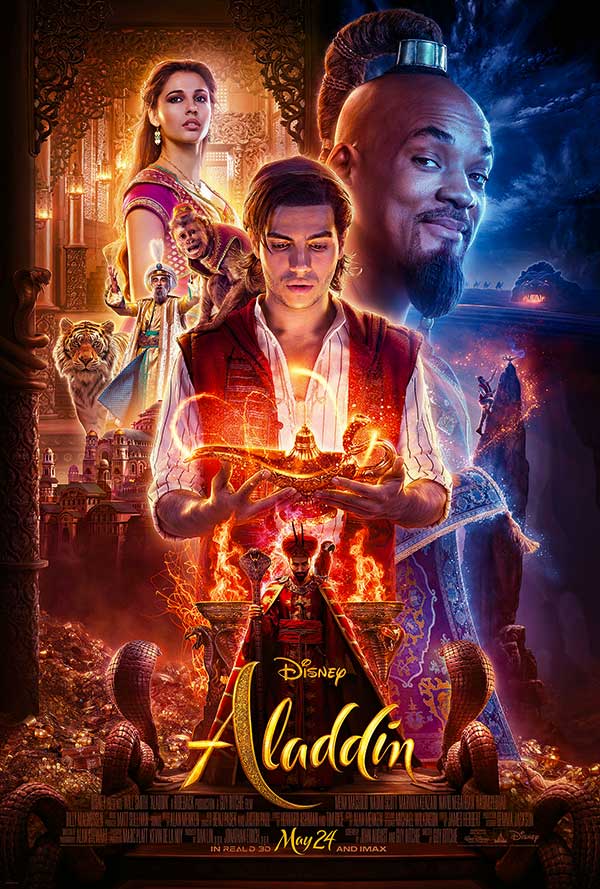 “Aladdin” is the exciting tale of the charming street rat Aladdin, the courageous and self-determined Princess Jasmine and the Genie who may be the key to their future. Directed by Guy Ritchie, who brings his singular flair for fast-paced, gritty, visceral action to the fictitious port city of Agrabah, “Aladdin” is written by John August and Ritchie based on Disney’s “Aladdin.” The film stars Will Smith as the larger-than-life Genie; Mena Massoud as the lovable street urchin Aladdin; Naomi Scott as Jasmine, the beautiful, self-determined princess; Marwan Kenzari as Jafar, the Royal Vizier and a powerful sorcerer; Navid Negahban as the Sultan concerned with his daughter’s future; Nasim Pedrad as Dalia, Princess Jasmine’s free-spirited best friend and confidante; Billy Magnussen as the handsome and arrogant suitor Prince Anders; and Numan Acar as Hakim, Jafar’s right-hand man and captain of the palace guards.

ALADDIN opens in movie theaters May 24.

PROMOTION DESCRIPTION: LITTLE Ticket Giveaway (“Sweepstakes”) begins on or about April 4 at 6:00 p.m. Eastern Time ("ET") and ends on April 9, 2019 at 11:59 p.m. ET (the “Sweepstakes Period”) or as long as tickets last.  At the end of the Sweepstakes Period, a random drawing will be conducted to select winners from among all eligible entries received, as more fully set forth in the OFFICIAL RULES.  Entry in the Sweepstakes does not constitute entry into any other promotion, contest or sweepstakes.  By participating in the Sweepstakes, each entrant unconditionally accepts and agrees to comply with and abide by these Official Rules and the decisions of CineMovie TV, 2700 Arlington Ave. Ste. 101 Torrance, CA  90501 (“Sponsor”), which shall be final and binding in all respects.