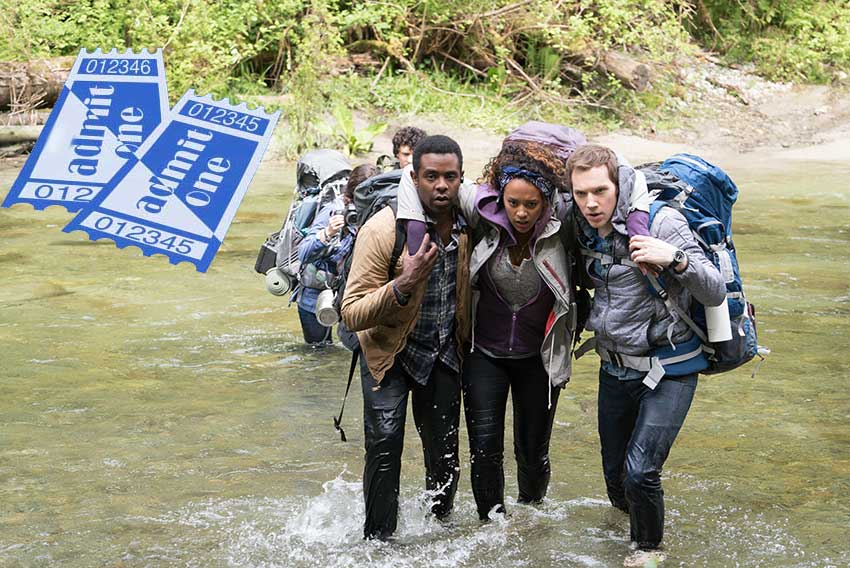 See the sequel to THE BLAIR WITCH PROJECT opens September 16, and CineMovie has tickets to see BLAIR WITCH in Los Angeles. Get your tickets while it supplies last.

It’s been 20 years since James’s sister and her two friends vanished into the Black Hills Forest in Maryland while researching the legend of the Blair Witch, leaving a trail of theories and suspicions in their wake.

To enter the BLAIR WITCH LA Ticket Giveaway, click on the form below.

PROMOTION DESCRIPTION: BLAIR WITCH LA Ticket Giveaway (“Sweepstakes”) begins on or about September 6, 2016 at 6:00 p.m. Eastern Time ("ET") and ends on September 13,, 2016 at 11:59 p.m. ET (the “Sweepstakes Period”) or while supplies last.  At the end of the Sweepstakes Period, a random drawing will be conducted to select winners from among all eligible entries received, as more fully set forth in the OFFICIAL RULES.  Entry in the Sweepstakes does not constitute entry into any other promotion, contest or sweepstakes.  By participating in the Sweepstakes, each entrant unconditionally accepts and agrees to comply with and abide by these Official Rules and the decisions of CineMovie TV, 2700 Arlington Ave. Ste. 101 Torrance, CA  90501 (“Sponsor”), which shall be final and binding in all respects.