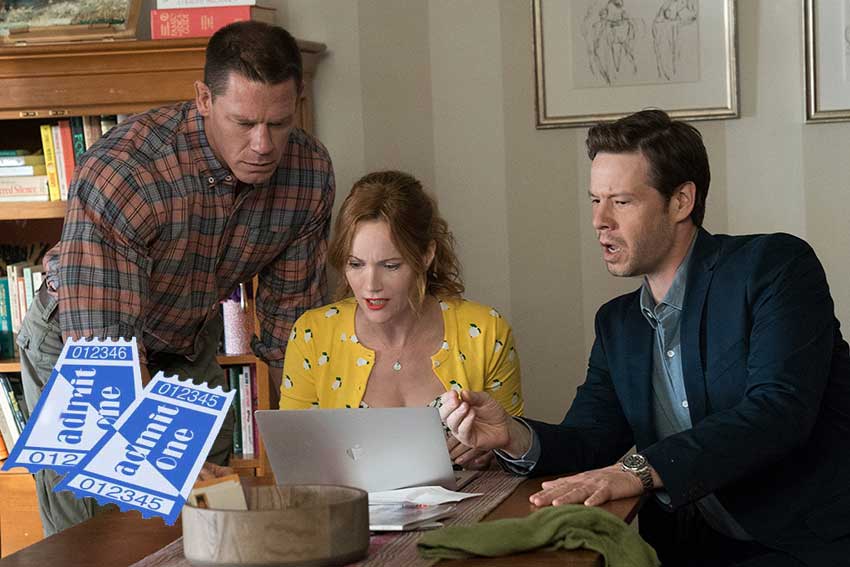 Leslie Mann, Ike Barinholtz and John Cena star in the hilarious comedy, BLOCKERS from producer Seth Rogen, and CineMovie has your chance to see it in Los Angeles.

For decades, beginning with the groundbreaking PORKY'S and extending to modern classics from SUPERBAD to AMERICAN PIE, guys have watched on-screen versions of guys like them boldly and bawdily celebrate the first time they have sex. It's time the ladies have their shot to celebrate the story of their first time.

When three parents discover their daughters’ pact to lose their virginity at prom, they launch a covert one-night operation to stop the teens from sealing the deal. Leslie Mann (THE OTHER WOMAN, THIS IS 40), Ike Barinholtz (NEIGHBORS, SUICIDE SQUAD) and John Cena (TRAINWRECK, SISTERS) star in BLOCKERS, the directorial debut of Kay Cannon (writer of the PITCH PERFECT series).

To enter BLOCKERS Ticket Giveaway, click on the form below.

PROMOTION DESCRIPTION: BLOCKERS Ticket Giveaway (“Sweepstakes”) begins on or about March 27, 2018 at 6:00 p.m. Eastern Time ("ET") and ends on April 4, 2018 at 11:59 p.m. ET (the “Sweepstakes Period”) or as long as tickets last.  At the end of the Sweepstakes Period, a random drawing will be conducted to select winners from among all eligible entries received, as more fully set forth in the OFFICIAL RULES.  Entry in the Sweepstakes does not constitute entry into any other promotion, contest or sweepstakes.  By participating in the Sweepstakes, each entrant unconditionally accepts and agrees to comply with and abide by these Official Rules and the decisions of CineMovie TV, 2700 Arlington Ave. Ste. 101 Torrance, CA  90501 (“Sponsor”), which shall be final and binding in all respects.