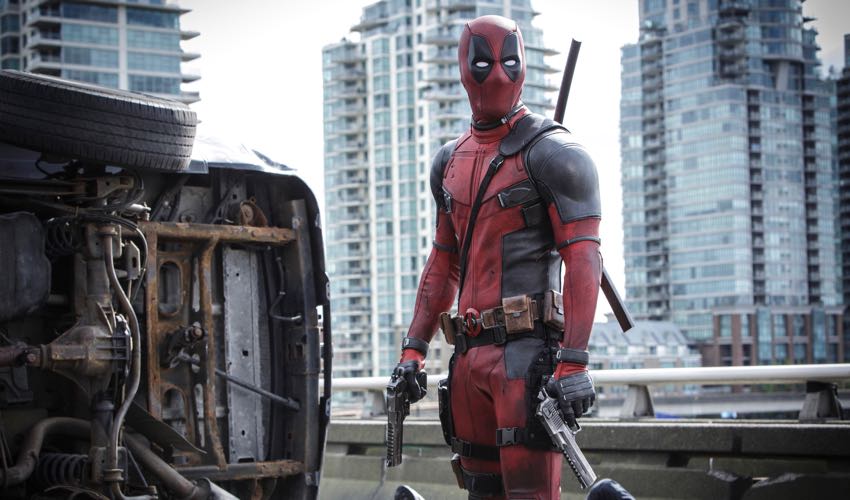 Watch an advance screening of DEADPOOL in Los Angeles courtesy of Los Angeles. In addition, winners will receive a DEADPOOL movie poster and "Sit on my Face" coaster.

Starring Ryan Reynolds, Morena Baccarin, Ed Skrein, T.J. Miller, Gina Carano and Brianna Hildebrand, the new film is based upon Marvel Comics’ most unconventional anti-hero, DEADPOOL tells the origin story of former Special Forces operative turned mercenary Wade Wilson, who after being subjected to a rogue experiment that leaves him with accelerated healing powers, adopts the alter ego Deadpool. Armed with his new abilities and a dark, twisted sense of humor, Deadpool hunts down the man who nearly destroyed his life.

DEADPOOL is in movie theaters February 12.

To enter the DEADPOOL LA Ticket Giveaway, click on the form below.

PROMOTION DESCRIPTION:  DEADPOOL LA Ticket Giveaway (“Sweepstakes”) begins on or about January 31 at 6:00 p.m. Eastern Time ("ET") and ends on February 9, 2016 at 11:59 p.m. ET (the “Sweepstakes Period”).  At the end of the Sweepstakes Period, a random drawing will be conducted to select winners from among all eligible entries received, as more fully set forth in the OFFICIAL RULES.  Entry in the Sweepstakes does not constitute entry into any other promotion, contest or sweepstakes.  By participating in the Sweepstakes, each entrant unconditionally accepts and agrees to comply with and abide by these Official Rules and the decisions of CineMovie TV, 2700 Arlington Ave. Ste. 101 Torrance, CA  90501 (“Sponsor”), which shall be final and binding in all respects.