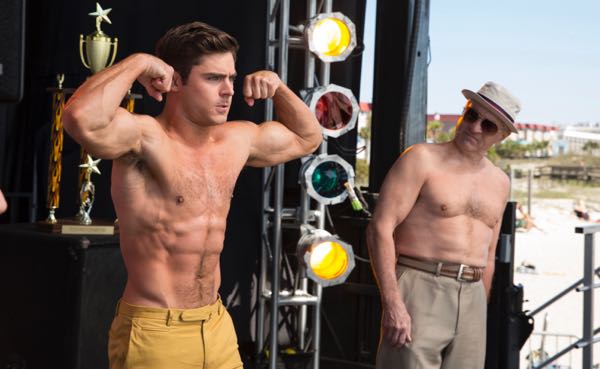 Win tickets to see Zac Efron and Robert DeNiro in DIRTY GRANDPA in Los Angeles on Wednesday, January 20. Read on to find out how to enter.

Jason Kelly [Zac Efron] is one week away from marrying his boss’s uber-controlling daughter, putting him on the fast track for a partnership at the law firm. However, when the straight-laced Jason is tricked into driving his foul-mouthed grandfather, Dick [Robert De Niro], to Daytona for spring break, his pending nuptials are suddenly in jeopardy. Between riotous frat parties, bar fights and an epic night of karaoke, Dick is on a quest to live his life to the fullest and bring Jason along for the ride. Ultimately, on the wildest journey of their lives, “dirty” grandpa and his uptight grandson discover they can learn from one another and form the bond they never had. This outlandish comedy also stars Aubrey Plaza, Zoey Deutch, Julianne Hough, Adam Pally, and Dermot Mulroney.

To enter the DIRTY GRANDPA LA Ticket Giveaway, click on the form below.

PROMOTION DESCRIPTION:  DIRTY GRANDPA LA Ticket Giveaway (“Sweepstakes”) begins on or about January 15 at 6:00 p.m. Eastern Time ("ET") and ends on January 19, 2016 at 11:59 p.m. ET (the “Sweepstakes Period”).  At the end of the Sweepstakes Period, a random drawing will be conducted to select winners from among all eligible entries received, as more fully set forth in the OFFICIAL RULES.  Entry in the Sweepstakes does not constitute entry into any other promotion, contest or sweepstakes.  By participating in the Sweepstakes, each entrant unconditionally accepts and agrees to comply with and abide by these Official Rules and the decisions of CineMovie TV, 2700 Arlington Ave. Ste. 101 Torrance, CA  90501 (“Sponsor”), which shall be final and binding in all respects.