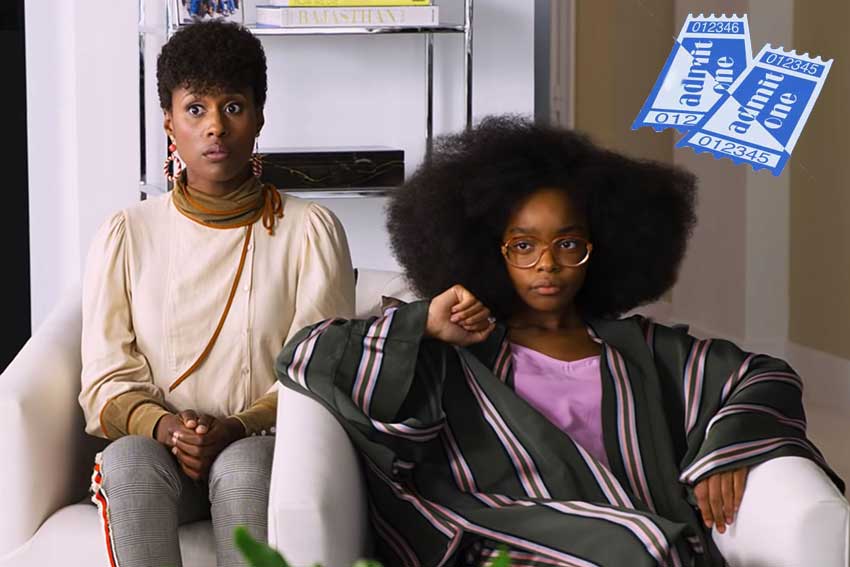 GIRL'S TRIP'S Regina Hall and "Black-ish’s" Marsai Martin both star as Jordan Sanders — Hall as the take-no-prisoners tech mogul adult version of Jordan and Martin as the 13-year-old version of her who wakes up in her adult self’s penthouse just before a do-or-die presentation.

Insecure’s Issa Rae plays Jordan’s long-suffering assistant April, the only one in on the secret that her daily tormentor is now trapped in an awkward tween body just as everything is on the line. Little is an irreverent new comedy about the price of success, the power of sisterhood and having a second chance to grow up — and glow up — right.

To enter LITTLE Ticket Giveaway, click on the form below

PROMOTION DESCRIPTION: LITTLE Ticket Giveaway (“Sweepstakes”) begins on or about April 4 at 6:00 p.m. Eastern Time ("ET") and ends on April 9, 2019 at 11:59 p.m. ET (the “Sweepstakes Period”) or as long as tickets last.  At the end of the Sweepstakes Period, a random drawing will be conducted to select winners from among all eligible entries received, as more fully set forth in the OFFICIAL RULES.  Entry in the Sweepstakes does not constitute entry into any other promotion, contest or sweepstakes.  By participating in the Sweepstakes, each entrant unconditionally accepts and agrees to comply with and abide by these Official Rules and the decisions of CineMovie TV, 2700 Arlington Ave. Ste. 101 Torrance, CA  90501 (“Sponsor”), which shall be final and binding in all respects.