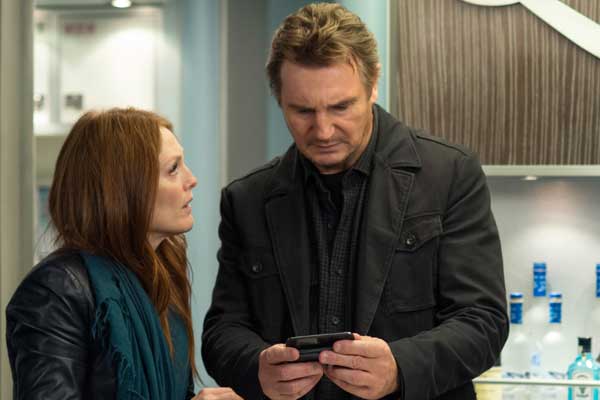 Listen up Miami, Los Angeles and New York City, CineMovie has screenings of Liam Neeson's NON-STOP. Read on to find out how you can enter to win tickets. 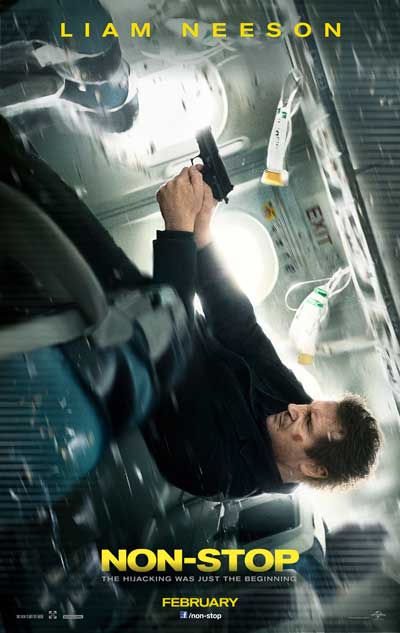 Global action star Liam Neeson stars in NON-STOP, a suspense thriller played out at 40,000 feet in the air. During a transatlantic flight from New York City to London, U.S. Air Marshal Bill Marks (Neeson) receives a series of cryptic text messages demanding that he instruct the government to transfer $150 million into an off-shore account. Until he secures the money, a passenger on his flight will be killed every 20 minutes. NON-STOP, which reunites Neeson with UNKNOWN director Jaume Collet-Serra and producer Joel Silver, co-stars Golden Globe Award winner Julianne Moore.

NON-STOP in theaters February 28th. The film is PG-13.

To enter the NON-STOP Movie Ticket Giveaway, click on the Entry Form below.

PROMOTION DESCRIPTION: NON-STOP Giveaway (“Sweepstakes”) begins on or about February 18, 2014 2013 at 6:00 p.m. Eastern Time ("ET") and ends on February 25, 2014 at 11:59 p.m. ET (the “Sweepstakes Period”).  At the end of the Sweepstakes Period, a random drawing will be conducted to select winners from among all eligible entries received, as more fully set forth in the OFFICIAL RULES.  Entry in the Sweepstakes does not constitute entry into any other promotion, contest or sweepstakes.  By participating in the Sweepstakes, each entrant unconditionally accepts and agrees to comply with and abide by these Official Rules and the decisions of CineMovie TV, 2700 Arlington Ave. Ste. 101 Torrance, CA  90501 (“Sponsor”), which shall be final and binding in all respects.