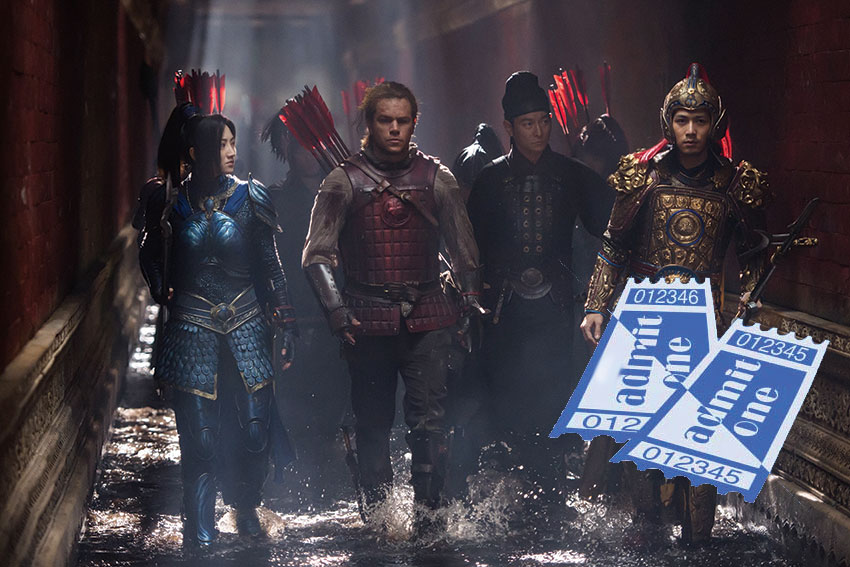 Directed by one of the most breathtaking visual stylists of our time, Zhang Yimou ( Hero , House of Flying Daggers ), Legendary’s THE GREAT WALL tells the story of an elite force making a valiant stand for humanity on the world’s most iconic structure.  The first English-language production for Yimou is the largest film ever shot entirely in China. THE GREAT WALL also stars Jing Tian, Willem Dafoe and Andy Lau.

To enter the THE GREAT WALL Ticket Giveaway, click on the form below.

PROMOTION DESCRIPTION:  THE GREAT WALL Ticket Giveaway (“Sweepstakes”) begins on or about February 5, 2017 at 6:00 p.m. Eastern Time ("ET") and ends on February 12, 2017 at 11:59 p.m. ET (the “Sweepstakes Period”) or until tickets are sold out..  At the end of the Sweepstakes Period, a random drawing will be conducted to select winners from among all eligible entries received, as more fully set forth in the OFFICIAL RULES.  Entry in the Sweepstakes does not constitute entry into any other promotion, contest or sweepstakes.  By participating in the Sweepstakes, each entrant unconditionally accepts and agrees to comply with and abide by these Official Rules and the decisions of CineMovie TV, 2700 Arlington Ave. Ste. 101 Torrance, CA  90501 (“Sponsor”), which shall be final and binding in all respects.