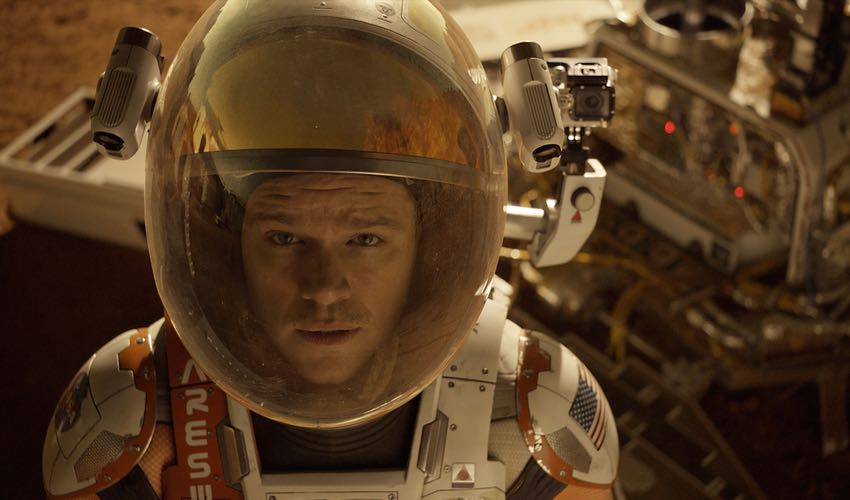 Matt Damon stars in THE MARTIAN, and we’ve got a four pack of tickets to see the Ridley Scott movie at an advance screening in Los Angeles, Miami, NYC and Chicago. And that’s not all - winners will also get THE MARTIAN movie poster. Enter for your chance at winning guaranteed seats to the space survival movie opening October 2.

THE MARTIAN tells the story of wisecracking astronaut Mark Watney, a crew member on the third manned mission to Mars. After an epic dust storm threatens the crew’s ascent, they are forced to abort the mission. Watney, separated from the rest of the team, is unintentionally abandoned, with the rest of the crew believing him to be dead. Now he’s stranded millions of miles from the nearest human being, with no way to even signal Earth that he’s alive—and even if he could get word out, his food would be gone years before a rescue mission could arrive. Chances are, though, he won’t have time to starve to death. The damaged machinery, unforgiving environment, or plain old “human error” are much more likely to get him first. But Mark isn’t ready to give up yet. Drawing on his MacGyver-esque ingenuity, mechanical engineering skills, and a relentless, dogged refusal to quit, he steadfastly confronts one seemingly insurmountable obstacle after the next. Watch Trailer

To enter the THE MARTIAN Ticket Giveaway Giveaway, click on the form below.

PROMOTION DESCRIPTION:  THE MARTIAN Ticket Giveaway Giveaway (“Sweepstakes”) begins on or about September 24, 2015 at 6:00 p.m. Eastern Time ("ET") and ends on September 29, 2015 at 11:59 p.m. ET (the “Sweepstakes Period”).  At the end of the Sweepstakes Period, a random drawing will be conducted to select winners from among all eligible entries received, as more fully set forth in the OFFICIAL RULES.  Entry in the Sweepstakes does not constitute entry into any other promotion, contest or sweepstakes.  By participating in the Sweepstakes, each entrant unconditionally accepts and agrees to comply with and abide by these Official Rules and the decisions of CineMovie TV, 2700 Arlington Ave. Ste. 101 Torrance, CA  90501 (“Sponsor”), which shall be final and binding in all respects.