Win Tickets To Watch Tom Cruise in 'American Made' 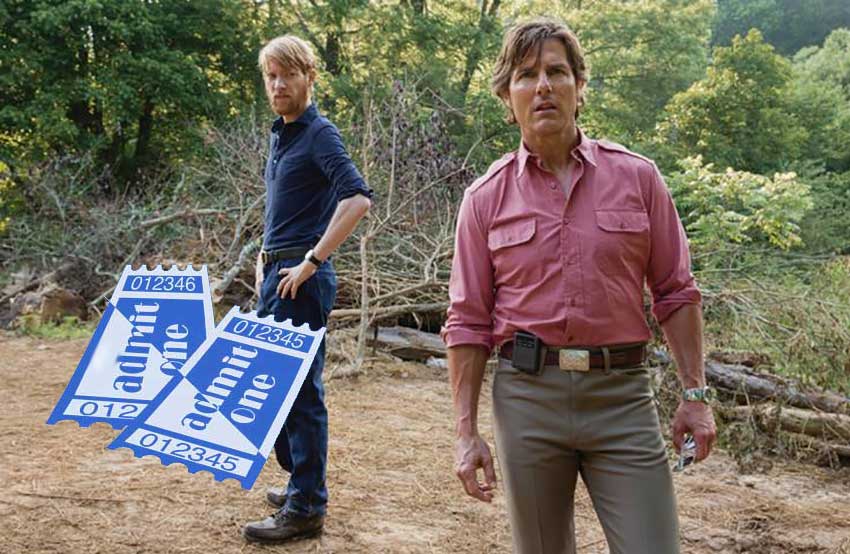 CineMovie has an advance screening for Tom Cruise's AMERICAN MADE, and we're giving away guaranteed seating to watch it in Chicago, El Paso, Los Angeles, Miami, NYC, Phoenix and San Jose.

In Universal Pictures’ AMERICAN MADE, Tom Cruise reunites with his EDGE OF TOMORROW director, Doug Liman (THE BOURNE IDENTITY, MR. AND MRS. SMITH), in this international escapade based on the outrageous (and real) exploits of a hustler and pilot unexpectedly recruited by the CIA to run one of the biggest covert operations in U.S. history. Based on a true story, AMERICAN MADE co-stars Domhnall Gleeson, Sarah Wright, E. Roger Mitchell, Jesse Plemons, Lola Kirke, Alejandro Edda, Benito Martinez, Caleb Landry Jones and Jayma Mays.

AMERICAN MADE is in theaters September 29.
#AmericanMade

To enter AMERICAN MADE Ticket Giveaway, click on the form below.

PROMOTION DESCRIPTION: AMERICAN MADE Ticket Giveaway (“Sweepstakes”) begins on or about September, 2017 at 6:00 p.m. Eastern Time ("ET") and ends on September 15, 2017 at 11:59 p.m. ET (the “Sweepstakes Period”).  At the end of the Sweepstakes Period, a random drawing will be conducted to select winners from among all eligible entries received, as more fully set forth in the OFFICIAL RULES.  Entry in the Sweepstakes does not constitute entry into any other promotion, contest or sweepstakes.  By participating in the Sweepstakes, each entrant unconditionally accepts and agrees to comply with and abide by these Official Rules and the decisions of CineMovie TV, 2700 Arlington Ave. Ste. 101 Torrance, CA  90501 (“Sponsor”), which shall be final and binding in all respects.