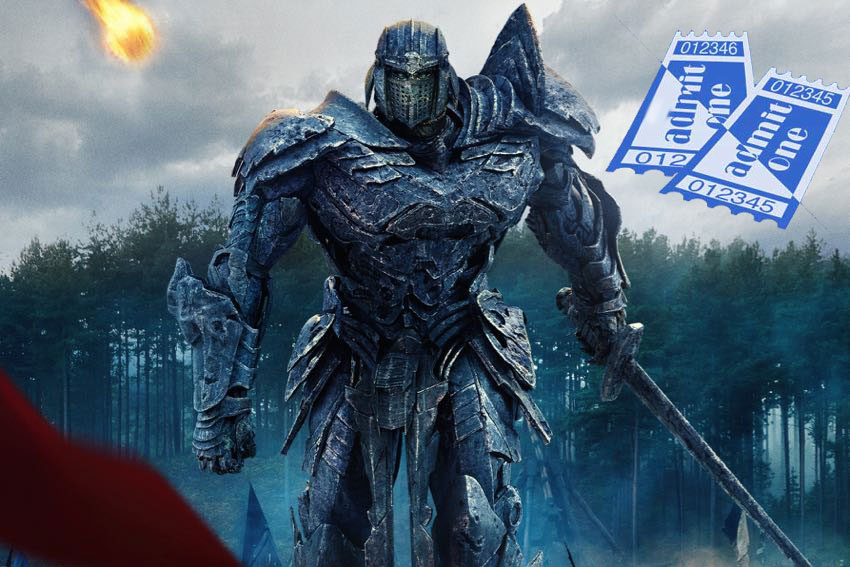 TRANSFORMERS: THE LAST KNIGHT arrives in theaters June 21, but CineMovie has an advance screening of the Michael Bay movie starring Mark Wahlberg in Los Angeles. CineMovie is giving away tickets to the first 100 people. Read on to find out how to enter.

Humans and Transformers are at war, Optimus Prime is gone. The key to saving our future lies buried in the secrets of the past, in the hidden history of Transformers on Earth. Saving our world falls upon the shoulders of an unlikely alliance: Cade Yeager (Mark Wahlberg); Bumblebee; an English Lord (Anthony Hopkins); and an Oxford Professor (Laura Haddock).

There comes a moment in everyone’s life when we are called upon to make a difference. In TRANSFORMERS: THE LAST KNIGHT, the hunted will become heroes. Heroes will become villains. Only one world will survive: theirs, or ours.

To enter the TRANSFORMERS: THE LAST KNIGHT Ticket Giveaway, click on the form below.

PROMOTION DESCRIPTION:  TRANSFORMERS: THE LAST KNIGHT Ticket Giveaway (“Sweepstakes”) begins on or about June 14, 2017 at 6:00 p.m. Eastern Time ("ET") and ends on June 19, 2017 at 11:59 p.m. ET (the “Sweepstakes Period”) or until tickets are sold out. At the end of the Sweepstakes Period, a random drawing will be conducted to select winners from among all eligible entries received, as more fully set forth in the OFFICIAL RULES.  Entry in the Sweepstakes does not constitute entry into any other promotion, contest or sweepstakes.  By participating in the Sweepstakes, each entrant unconditionally accepts and agrees to comply with and abide by these Official Rules and the decisions of CineMovie TV, 2700 Arlington Ave. Ste. 101 Torrance, CA  90501 (“Sponsor”), which shall be final and binding in all respects.