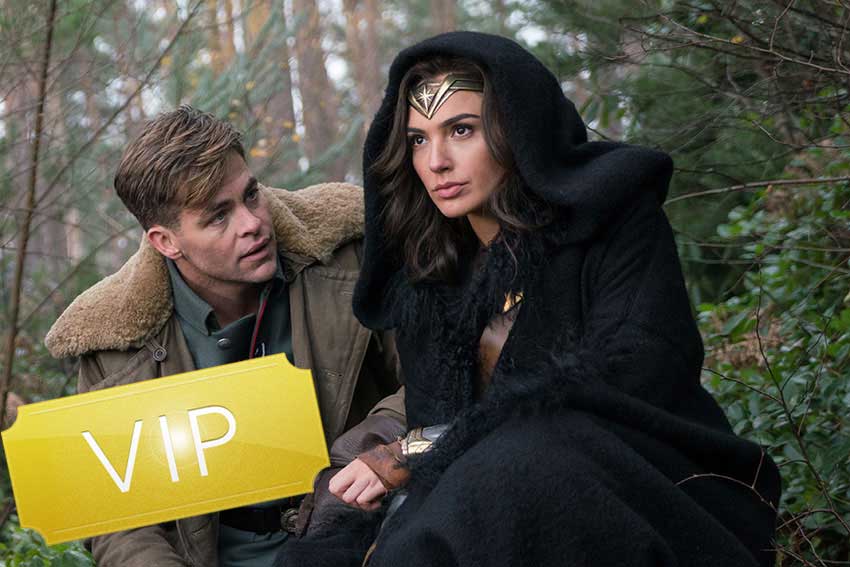 CineMovie is sending 3 lucky winners and a guest to the Hollywood premiere of WONDER WOMAN to watch the epic adventure alongside WONDER WOMAN stars Gal Gadot, Chris Pine and the film’s director Patty Jenkins.

Before she was Wonder Woman, she was Diana, princess of the Amazons, trained to be an unconquerable warrior. Raised on a sheltered island paradise, when an American pilot crashes on their shores and tells of a massive conflict raging in the outside world, Diana leaves her home, convinced she can stop the threat.  Fighting alongside man in a war to end all wars, Diana will discover her full powers…and her true destiny.

To enter the WONDER WOMAN Premiere Ticket Giveaway, click on the form below.

Winners must live in Southern California. Transportation will not be provided.

PROMOTION DESCRIPTION:  WONDER WOMAN Premiere Ticket Giveaway (“Sweepstakes”) begins on or about May 16, 2017 at 6:00 p.m. Eastern Time ("ET") and ends on April 22, 2017 at 11:59 p.m. ET (the “Sweepstakes Period”) or until tickets are sold out. At the end of the Sweepstakes Period, a random drawing will be conducted to select winners from among all eligible entries received, as more fully set forth in the OFFICIAL RULES.  Entry in the Sweepstakes does not constitute entry into any other promotion, contest or sweepstakes.  By participating in the Sweepstakes, each entrant unconditionally accepts and agrees to comply with and abide by these Official Rules and the decisions of CineMovie TV, 2700 Arlington Ave. Ste. 101 Torrance, CA  90501 (“Sponsor”), which shall be final and binding in all respects.