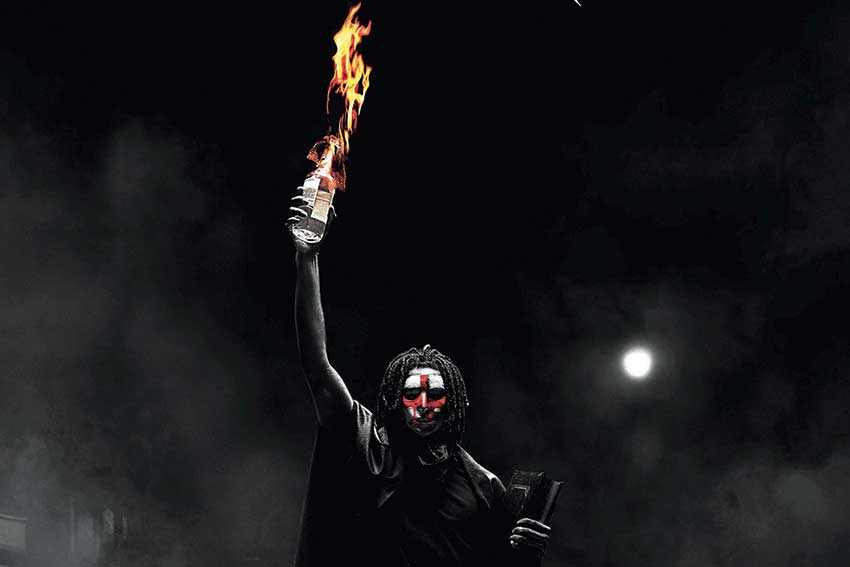 THE FIRST PURGE is getting a maze at this year's Universal Studios' Halloween Horror Nights. While there have been PURGE-inspired attractions, where people in mask's chase you with weapons, but this time it will be in a form of a maze modeled after THE FIRST PURGE. Take a look at what awaits you.

Universal City, CA, July 12, 2018 – Behind every tradition lies a revolution. This year, “Halloween Horror Nights” at Universal Studios Hollywood bears witness to “The First Purge” with an all-new maze based on Universal Pictures’ all-new thriller that unleashed the country’s inaugural government-sanctioned lawlessness, making all crime legal once a year for 12 hours. 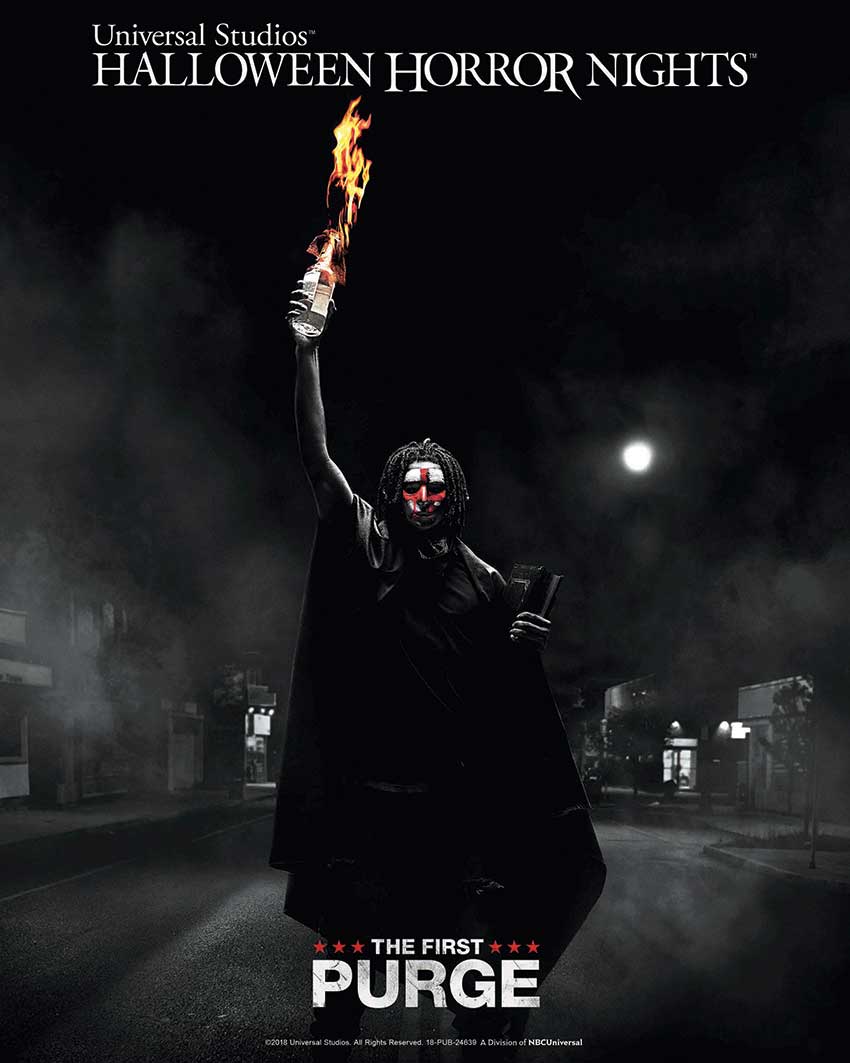 The First Purge is now in theatres.

Murder, mayhem and pandemonium are alive and well every year as the annual Purge grips the country, suspending all police, fire and emergency services for 12 consecutive hours as law abiding citizens are transformed into anarchists. Inspired by The First Purge—the movement that began as a simple experiment, this terrifying new “Halloween Horror Nights” maze aligns with the film in establishing the motives that launched the country into chaos.

“The First Purge” maze will reimagine the movie’s premise, greeting guests with pure unadulterated fear as it brings to life the turmoil spawned by vigilantes. It will place guests at the heart of a controversial sociological experiment empowered by the New Founding Fathers of America’s (NFFA) desire to purge the nation of all hatred and crime by, ironically, permitting crime to take place as a means of ridding society of all ills.

Guests will be at the mercy of luck and speed as they attempt to outsmart and outlive the anarchy.

“The Purge” TV series based on the wildly popular franchise will debut on USA Network on September 4, 2018.