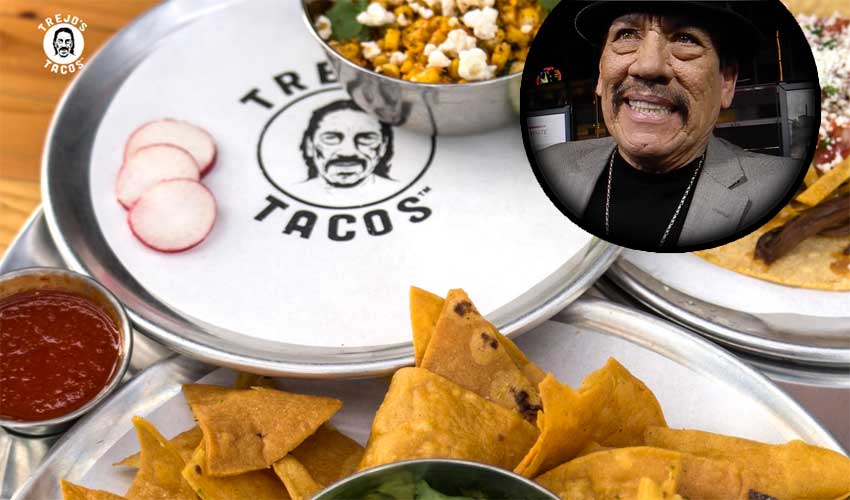 Imagine Danny Trejo wielding a machete in the kitchen chopping up carne asada, some chicken and lettuce. The actor is now a restaurateur with his own franchise, Trejo’s Tacos, and he tells CineMovie they cater to vegetarians, vegans and authentic Mexicanos. We caught up with the actor turned taco man at recent Hollywood premiere where he pointed out some of the most delicious dishes on the menu, and why he was motivated to go into business for himself.