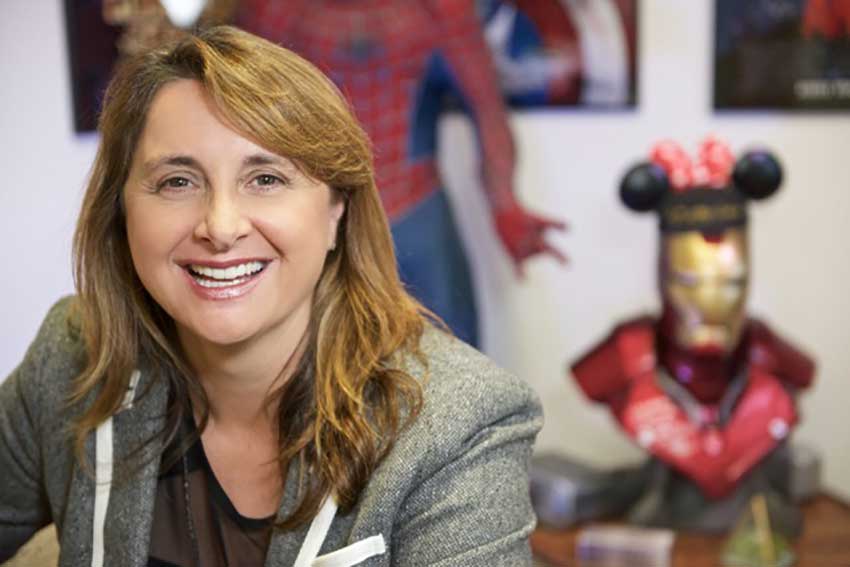 ANT-MAN AND THE WASP features not one but two bad ass women, and for the first time includes a female superhero in the title. While the Marvel Cinematic Universe is still heavily male, female superheroes are slowly making their way to the front. CAPTAIN MARVEL, starring Brie Larson, will be the first female-led film in the MCU in 2019. One of the people behind the scenes at Marvel Studios working to bring balance to the MCU is Victoria Alonso, Executive Vice President, Physical Production. She’s one of the very few women in the Hollywood ranks with such a title, and she’s talking to CineMovie about her role at Marvel and how she’s fighting the good fight for representation.

In addition to running visual effects and post production as the executive vice president at Marvel Studios, Alonso also pulls double duty as an executive producer on the MCU films. She’s been part of the success with their past and latest hits, AVENGERS: INFINITY WAR and ANT-MAN AND THE WASP.

The Marvel executive counts ANT-MAN AND THE WASP as one of her favorite MCU films. “I love that movie,” she tells us. “It’s one of those movies that you can take everybody and your family, and I don’t think anyone will have a complaint.”

Young girls will have no complaints watching ANT-MAN AND THE WASP which exudes girl power with Evangeline Lilly’s kick ass portrayal of the Wasp, Hannah John Kamen’s Ghost and the adorable actress Abby Ryder Fortson who plays Paul Rudd’s on screen daughter. 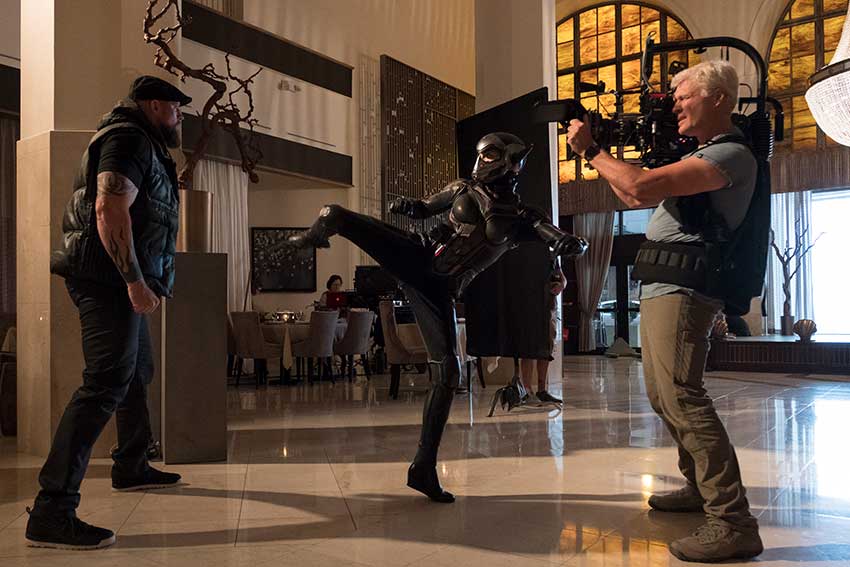 Evangeline Lilly took an initiative in shaping the Wasps’ fighting style. Alonso was part of that discussion.

“It was really important to her that it wasn’t just a woman fighting the way men fight. She wanted to have some version of it that was more of hers.”

Lilly did most of her stunts, says the Latina executive, and both the stunt and fight coordinator looked at different styles of fighting to fit Lilly and the character’s skills. No wonder the Wasp’s action scenes were the best sequences from the film. It was different.

Alonso also has to strive for a similar balance behind the scenes at Marvel Studios as one of the few high ranking female executives.  She’s not shy about speaking up.

“It’s always the journey of balance so I’m pretty vocal consistency, and they can almost expect what I’m going to say.”

The key, however, is not to be the only one who’s vocal about balancing the scales.

“Hopefully when you do it (speak up), you’re not the only voice, and hopefully you’re one of many… two, three. There is success in numbers, and I think it’s hard to be the first, but you should never be the only one.”

As one of the few women to hold a top-level executive position at a studio, she strives to bring balance to the MCU, and ANT-MAN AND THE WASP best exemplifies that effort for the reasons previously mentioned - girl power. The women in the ANT-MAN sequel are equally as tough as the men without putting it into the context of gender. Hooray for that! 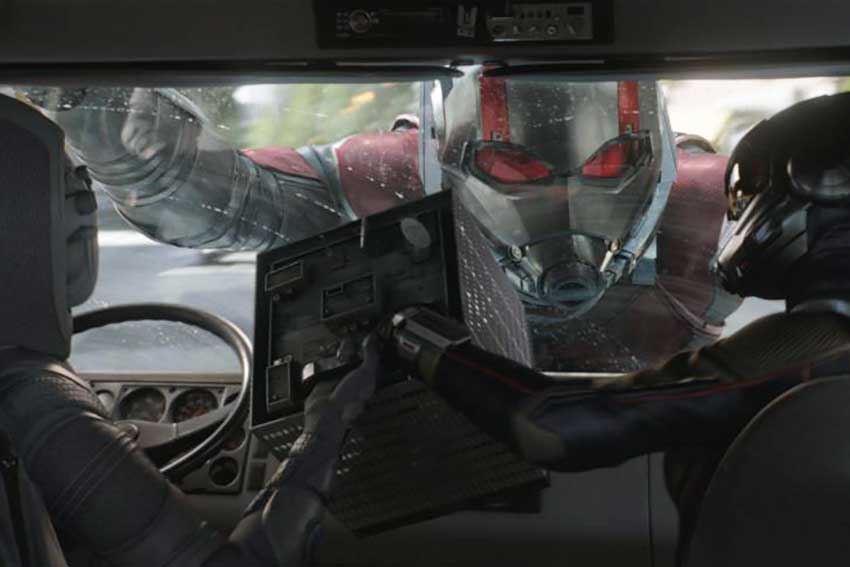 Fans have been clamoring for an all-female superhero Marvel film, but Marvel Studios’ President Kevin Feige hasn’t confirmed any plans for an Avengers-style film featuring female superheroes. If Alonso had her way, what kind of film would she bring to the big screen?

“I would love to see all kinds of female stories whether it’s an all-female film or it’s a more female-led movies,” she tells CineMovie. “I think what’s important is to consistently have balance of superheroes, right? I not only want to see female superheroes being the good girls, I also want to see the bad girls. That’s what Hela brought to us in THOR: RAGNAROK. She was our villain, and I’d love to see more of that.”

So would we, but perhaps the success of CAPTAIN MARVEL next year will prompt Marvel to go in that direction. In the meantime, Evangeline Lilly’s The Wasp was a scene stealer in ANT-MAN AND THE WASP so can we expect a stand alone movie for her? While the Marvel executive doesn’t promise any solo movies for the Wasp, she does tease this.

“The Wasp has many stories to be told.  And hopefully more will be told and I’ll get to work on it.”

Victoria Alonso is also trying to bring representation behind the camera.

“We’re trying to create a little more balanced way of telling stories, and whether it’s through our superheroes or supervillains. We balance casting as well as behind the camera where we’re desperately making a huge effort to have more diversity behind the camera crew.”

Expanding the pool of women behind the scenes has been challenging especially Latina women. She sees some progress but not enough.

“I see more conversation. I see more awareness. I see a little bit of the needle being pushed but I’m quite inpatient about this kind of change and I don’t see enough happening so we may need to consider working hard to make sure we have more change. I don’t want to be the only Latina out there that has this kind of job. There’s room for a lot of us.”

What is the solution? She sees a combination of factors that contribute to the lack of diversity. First she attributes it to “lack of awareness” and women not knowing they can do that job. Sometimes it takes seeing someone like Alonso to inspire others. That’s the reason she puts herself out there at speaking engagements and panels so women can see themselves in her. Her attitude has always been, “If men can do it. I can do it.”

Unlike other movie studios, the MCU has been consistently successful at the box office and with fans. She finds it a humbling experience that these little known characters have become universally loved, and she credits the success with genuine passion.

“We do it because we love it. We love it that the fans love it. There’s a whole lot of love going on and I think it shows that people see how much we love the stories and crafting them, and being as faithful to the comics as we can and its origins. And with its updating of what it is being in 2018 and today’s world.”

Marvel is doing just that - updating the comics to reflect the increasing need to bring women to the forefront on the big screen. Behind the scenes, Victoria Alonso is helping to lead that charge and fighting the good fight.