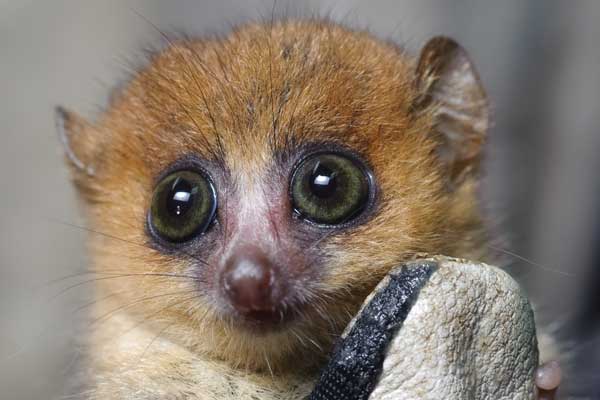 Back in 2005, the animated film Madagascar introduced us to a wildly eccentric lemur named King Julien who captured the hearts and imaginations of moviegoers across the globe. Besides King Julien though, people don’t know much about these singing and dancing primates or the exotic habitat they live in. That’s all about to change when ISLAND OF LEMURS: MADAGASCAR hits theaters in IMAX on April 4th and the star, director and narrator Morgan Freeman, whose becoming a staple of nature films, explain their fascination with the cute animals (how can you resist that face above).

ISLAND OF LEMURS: MADAGASCAR takes audiences on a journey to the colorful world of Madagascar where lemurs have been dancing, singing, and leaping for millions of years. After screening the IMAX 3D film at the California Science Center, I’ve come up with three solid reasons why you should catch the film:

1. Come on! Lemurs are just way too adorable to pass up on the big screen.

2. The eye-popping IMAX 3D makes you feel as if you’re actually in the Madagascar rainforest, close enough to reach out and hug a lemur.

3. Morgan Freeman’s silky smooth, raspy voice makes it feel like God himself is narrating the film.

Island of Lemur’s: Madagascar is intended to spotlight the passionate efforts of Dr. Patricia Wright whose lifelong work is helping to prevent the extinction of the world’s oldest living primate. It’s a huge task helping these strange little creatures survive in a modern world where deforestation and encroachment threaten their lives. Dr. Wright believes that bringing information like this to Hollywood can help make people aware of what’s transpiring in Madagascar. “The village elders who had all the wisdom used to say, “Do not eat the lemurs. They are so much like us. Their hands. Their faces. They’re special and sacred. Recently people aren’t listening as they should to the village elders,” said Dr. Wright. Morgan Freeman (The Shawshank Redemption) is a seasoned veteran when it comes to voicing nature documentaries and other various educational specials. This particular film reunites Freeman, David Douglas (director), and Drew Fellman(Writer/Producer) who all collaborated on the IMAX Born to be Wild 3D documentary back in 2011. At a recent press event for the film, Freeman noted that the most effective way to disseminate information is through the art of television and film. Over the years, the legendary actor says he’s dedicated himself to taking roles that propagate useful information concerning the planet and its biology.

“To give some attention and consideration to the other life forms on our planet, I’m happy to do it. It’s an obligation.” 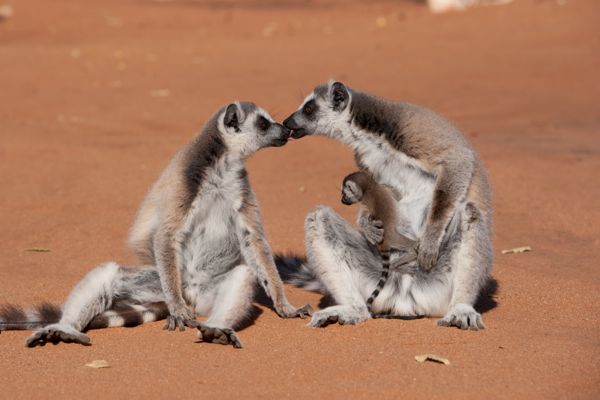 It goes without saying that Morgan Freeman’s majestic voice has warmed our hearts and has inspired a generation. After a member of the press praised Freeman’s voice, the actor humbly explained that you can't take too much credit for someone’s writing. He went on to discuss the process involved in narrating a piece like this one. “Get the script. Read the script. Generally, there is footage that I get to see, to know what we’re talking about. Then it’s just a matter of sitting in front of a microphone and reading, said Freeman” According to producer Drew Fellman, It’s not just Morgan’s cadence and velvety timbre that makes him so well fit for these narration roles. Fellman praised Freeman’s ability to interpret and draw emotion out of a story and deliver. “Yes. He does have this amazing voice. It’s so much more than the voice. It’s his tremendous skill as an actor in interpreting what somebody else could read with a lovely voice that would come off as somewhat dry, scientific information.” Freeman amusingly quipped, “See I can’t say stuff like that.” Since Freeman has narrated so many nature films and science specials, CineMovie asked the actor if he weren't acting, could he see himself working with animals or pursuing a career in science? He had this to say about the subject.

“I think you have to be left brained to a certain extent to understand science. I can talk about it, but I can’t do it. I was a B student in math simply because my teachers liked me as an actor. It’s true. “If you were really smart enough, you wouldn’t have made a B in my class, so you get a B.” My math professor actually told me that. If I wasn’t doing this, I have no clue. Because I have no other talent.”