'300: Rise of An Empire' Cast Interview: Living Up To The Abs 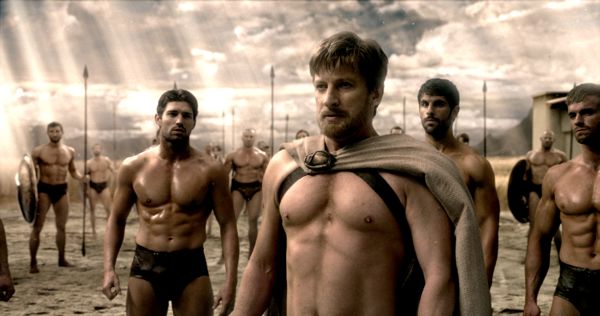 “This is Spartaaaa!” Yes, the 2006 film that made men feel totally out of shape and emasculated is back with more blood, battle cries, and rock hard abs. Cinemovie sat down with the film’s producer Zack Snyder, director Noam Murro, Lena Headey, and bad girl Eva Green to talk about the extensive training implemented to transform the actor’s bodies into Spartan physique.

Based on the graphic novel Xerxes by Frank Miller, 300: RISE OF AN EMPIRE is the second chapter in this epic saga that’s bound to motivate you to take that “cro-nut” out of your mouth and start pumping iron. This time, the bloodletting shifts from land to sea as the depleted Greek Navy led by Themistocles (Sullivan Stapleton) pursues the Persian armada under the command of Artemisia (Eva Green), undoubtedly the most badass character in the movie.

The filmmakers knew that in order to achieve the same physical aesthetics as the first film, they’d have to bring back trainer Mark Twight and his team to get the cast in fighting form.  The actors were immersed into a demanding regimen of diet and exercise that consisted of eating a lot of chicken/vegetables and working out over 4 hours a day.  Even the film’s director Noam Murro (Smart People) felt inspired to work out alongside his cast.

“Every lunch, I went down to one of the stages on the lot and met that team, which is a very ruthless and unkind bunch and they tell you to start lifting stuff. Now I’m Jewish, I don’t lift stuff.” 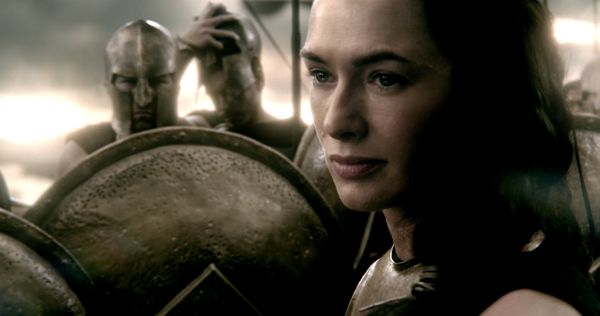 Despite the original being overtly masculinized, the two women in this film needed to become battle ready with the boys.  Game of Thrones star Lena Headey, reprises her role as Queen Gorgo, but this time she wields a sword and was absolutely psyched to take on the daunting training process.

“I loved it, but I’m a sadist and a tom-boy. The sad thing is that when it’s over, it all kind of goes.”

Eva Green (Casino Royale) was a little more apprehensive of the physical conditioning. The French born actress revealed to us that she’s not the most coordinated person, so she knew it was going to be a steep mountain to climb.  Trainer Mark Twight was delighted that Eva was ready and willing to put forth hard work. After watching her explosively execute some tricky moves with two swords, he was proud to see the effort paying off. 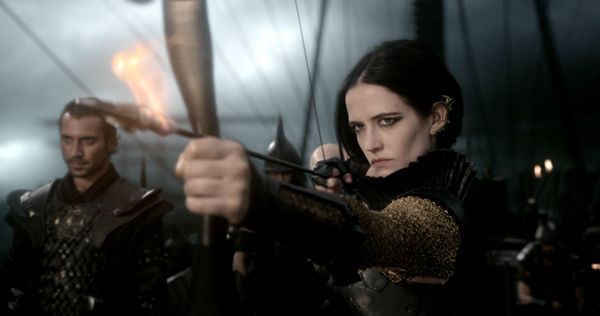 “You feel very powerful actually. Not straight away. It’s very scary at the beginning to have to do all the squats and lunges, its painful… Then it helps you for the fights. After a while you feel very proud of yourself and I adored it,” said Green.

300: RISE OF AN EMPIRE sails into theaters March 7th!