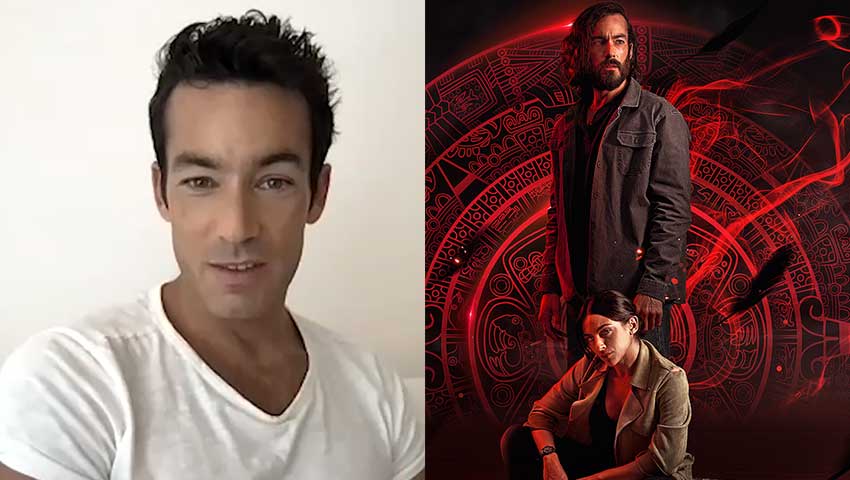 Aaron Diaz (Quantico, HABIT) stars in Pantaya's streaming series, Todo La Sangre, a dark and twisted new crime-thriller that incorporates Aztec rituals in the killings. Rarely have we seen the rich culture of Mexico's pre-colonial past incorporated into a storyline until now in Todo La Sangre, and Aaron chats with us about the unique aspect of the new dark series.

In the Spanish Language Mexican crime-thriller Toda La Sangre, Diaz plays Eugenio, a tabloid reporter on the case of a gruesome serial killer making sacrificial offerings out of innocent victims around Mexico City.  He teams up with the no-nonsense police lieutenant Edith Mondragón (Ana Brenda Contreras) and Elisa (Yoshira Escárrega), a local anthropologist who pieces together the clues that indicate the murderer is recreated ancient Aztec sacrifices. The series is based on the best-selling novels by Mexican author Bernardo Esquinca.

Pantaya will premiere the first two episodes on Thursday, September 15, followed by a weekly episode every Thursday and the full season of ten episodes will be available to binge on Thursday, November 10. The series is also streaming on Vix+.