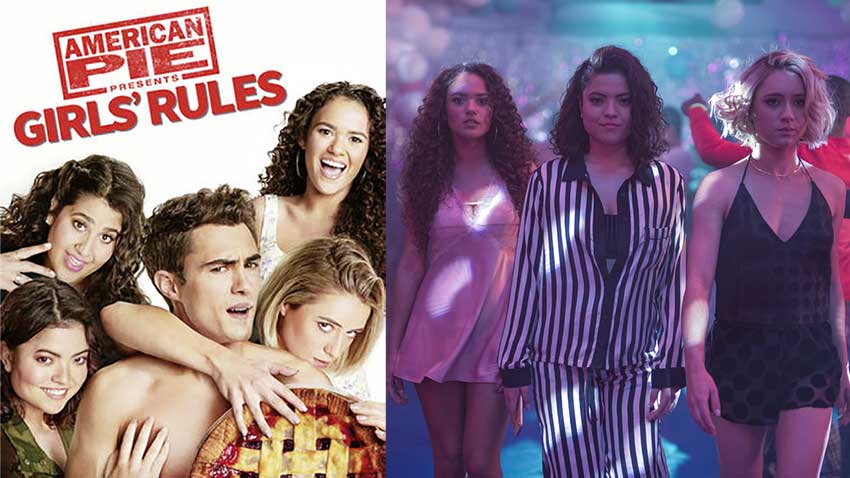 After eight movies in the AMERICAN PIE movie franchise, it's the girls turn to get down and raunchy in AMERICAN PIE GIRLS' RULES on their terms. CineMovie talks to  director Mike Elliott about sexually liberating the ladies in this new movie.

Official Synopsis
It’s Senior year at East Great Falls! Annie (Pettis)Kayla (Piper Curda; “A.N.T. Farm,” The Wretched), Michelle (Natasha Behnam; “Crazy Ex-Girlfriend,” “One Night”), and Stephanie (Lizze Broadway; “Splitting Up Together,” “Here and Now”) decide to finally harness their girl power and band together to get what they want their last year of high school. The boys won’t know what hit them when these sassy sweethearts are calling the shots. Wild parties, sexy adventures and a Stifler bring the heat in this hot new slice of American Pie!