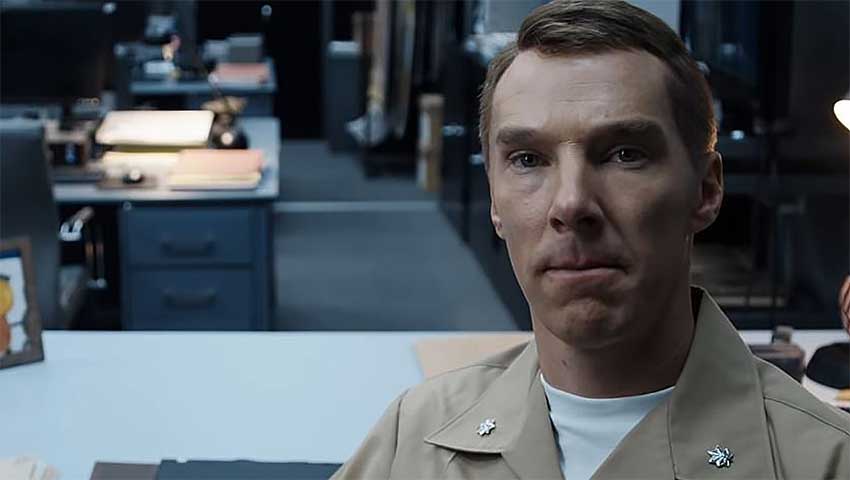 THE MAURITANIAN director Kevin MacDonald helms the true story of Mohamedou Ould Salahi who was imprisoned at Guatanamo Bay for 14 years without a trial after 9/11. The film stars Jodie Foster, Benedict Cumberbatch, Shailene Woodley and Golden Globe best actor nominee Tahar Rahim as Salahi. The Scottish director says it's not a political film that judges but a story of forgiviness.

Mohamedou who was tortured and forced to confess to crimes he did not commit in connection with the 9/11 terrorist attack. Foster plays lawyer Nancy Hollander who helped Mohamedou, from the country of Mauritania, gain his freedom.

THE MAURITANIAN is in movie theaters and coming to On Demand March 2.

Directed by Kevin Macdonald and based on the NY Times best-selling memoir “Guantánamo Diary” by Mohamedou Ould Slahi, this is inspiring the true story of Slahi’s fight for freedom after being detained and imprisoned without charge by the US Government for years. Alone and afraid, Slahi (Tahar Rahim) finds allies in defense attorney Nancy Hollander (Jodie Foster) and her associate Teri Duncan (Shailene Woodley) who battle the US government in a fight for justice that tests their commitment to the law and their client at every turn. Their controversial advocacy, along with evidence uncovered by a formidable military prosecutor, Lt. Colonel Stuart Couch (Benedict Cumberbatch), uncovers shocking truths and ultimately proves that the human spirit cannot be locked up.