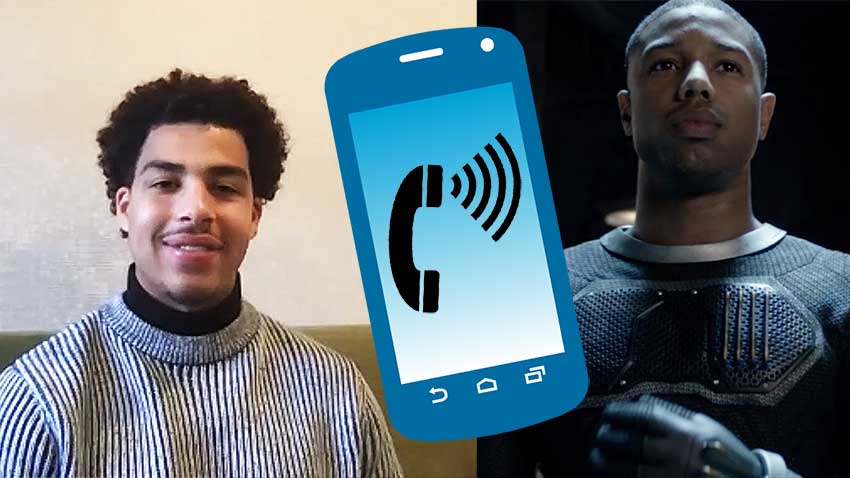 We've watched black-ish Marcus Scribner grow into an ambitious young man in the seventh season of the hit ABC show. with dreams of playing a superhero specifically Static Shock in Michael B. Jordan's live adaptation. The actor talks about shooting the seventh season of black-ish He also reveals his future plans behind the scenes working with Issa Rae.

In its seventh season, “black-ish” which returns Tuesday, January 26, addresses the global pandemic and other current events including the ongoing conversation for social justice and equality. Scribner describes to CineMovie what it's like working under strict social guidelines on set, in addition to his plans for the future.

More about Marcus Scribner
Marcus Scribner landed his first series-regular role at the age of 13 on ABC’s Emmy® and Golden Globe®-nominated comedy series “black-ish,” starring as Andre Jr. opposite Anthony Anderson and Tracee Ellis Ross. Since its premiere in September 2014, the series has gone on to receive both critical acclaim and awards recognition year after year, including a prestigious Peabody Award in 2015. Scribner has also been nominated for multiple Emmy, Golden Globe, Critics Choice, NAACP Image and Screen Actors Guild Awards as part of the ensemble cast. He received two individual NAACP Image Awards, one for Outstanding Performance by a Youth in 2016 and the other for Outstanding Supporting Actor in a Comedy Series in 2019.

In 2015, Scribner took on his first animated film role voicing the rambunctious dinosaur Buck in Pixar’s “The Good Dinosaur.” He then went on to become a part of the DreamWorks family in the Netflix animated series “Home: Adventures with Tip & Oh.” He is currently the voice of Bow in Netflix’s “She-Ra and the Princesses of Power” revival.

Recently expanding on to film, Scribner starred in 2017’s “Alexander in Real Life.” He will next be seen in Awesomeness Film’s “The F* It List,” a high school comedy about breaking free and designing your own future, and the college-set thriller “Confessional,” which follows his character and six other students as they unravel the mystery of two deaths on campus.

A passionate humanitarian, Scribner can be found traveling the globe to give back to the people around him and the world. He serves as an ambassador for Defend Our Future, a project of the Environmental Defense Fund that is dedicated to empowering young people of all political persuasions who are interested in advancing climate change and clean energy solutions. He also serves as the chief youth innovator for Reserve Protection Agency in South Africa, helping to protect Africa’s beautiful animals.

Scribner was born and raised in Los Angeles, California.