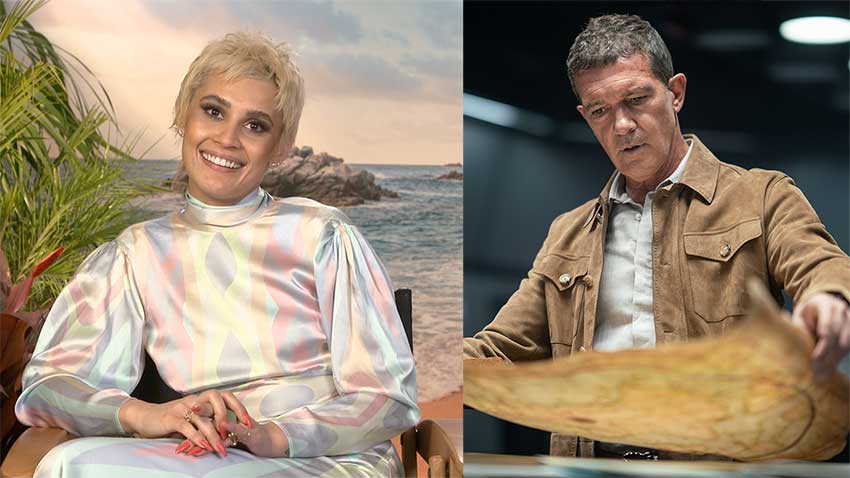 Sophia Ali stars in the UNCHARTED movie alongside Tom Holland, Mark Wahlberg and her favorite Antonio Banderas who whispered something in her ear that she will always cherish and recall it when she needs some inspiration.

Ali geeked out over starring with Banderas in UNCHARTED.  She tells CineMove she was a big fan of Zorro so it was a thrill especially when he whispered something in her ear that will stay with her forever. She also takes us behind the scenes of the high-flying action.

UNCHARTED is in movie theaters now.

Starring Tom Holland in the role of “Nathan Drake” and Mark Wahlberg as “Sully”, the movie will follow the two as they travel the world in search of “the greatest treasure never found.” Along the way, the pair meet opportunistic individuals (played by Hispanic actor Antonio Banderas, Tati Gabrielle, and more) who’ve all staked their claim to the same treasure, and things take a wild turn.