'Into The Unknown: Making Frozen 2' DocuSeries Shot Over Length of Production 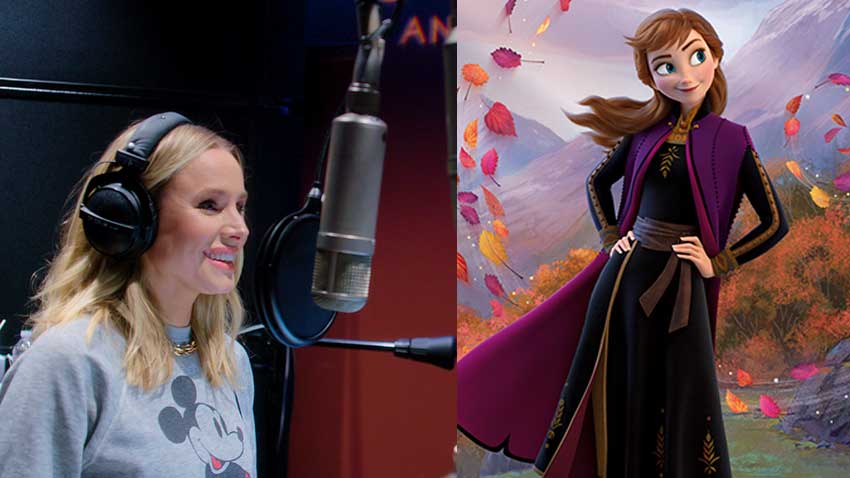 INTO THE UNKNOWN: MAKING FROZEN 2 docuseries takes fans through the entire process of making one of the most highly anticipated animated sequels. The filmmakers, cast and the docuseries director Megan Harding came together on a Zoom call to reminisce about their time making FROZEN 2 and having cameras following them for 115 days.

Harding says cameras followed animators and the directors for 115 days. “We became part of the furniture,” she says. Not everything was open to cameras initially. When she approached producer Peter Del Vecho she would get some pushback, but she was persistent and it worked out. “Ultimately everyone was on board.”

While the cast and the Disney Animation crew are used to having behind the scenes cameras on set, they were not accustomed to this level of intrusion. Oscar-winning director Jennifer Lee felt vulnerable with cameras around 24/7 during a certain phase of production. The writing process is the hardest part of the job, says Lee when the story is being fleshed out. “That is where you’re most vulnerable, and intense but I would get very excited when we got to animation," says Lee. "We’re going to show you something today.” She admits sometimes she was in a mood as were others when frustration would set in when perhaps somethings wasn't working.

Eventually she and others forgot the cameras were present in the Disney Animation Studios in Burbank, CA. Not so for the Oscar-winning song writing duo Kristen Anderson-Lopez and Robert Lopez who work out of their apartment. Kristen says their experience was very "intimate" during their composing process. The docuseries crew and the married couple maneuvered around each other. Anderson-Lopez admits she regrets her choices in wardrobe after seeing herself in the final product.

The filmmakers and cast INTO THE UNKNOWN: MAKING FROZEN 2 delves deep into the animation process revealing both the setbacks and breakthroughs. The six-part series is now available on Disney+.