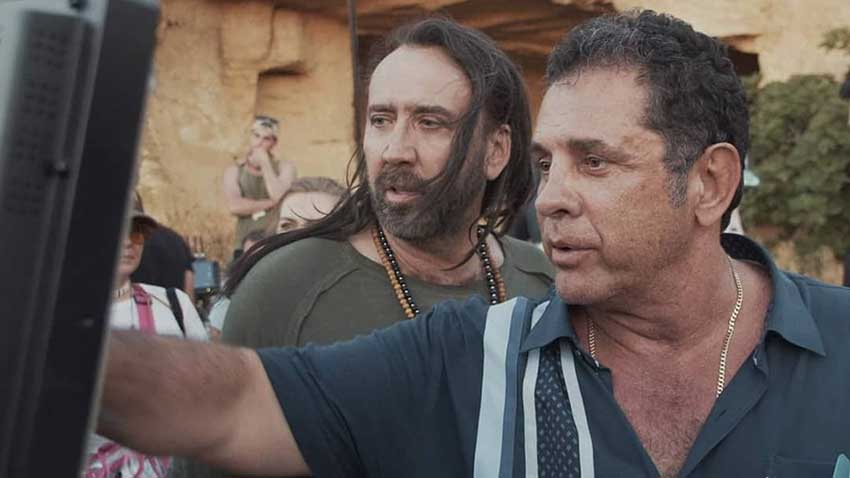 Dimitri Logothetis, the writer-director behind KICKBOXER: RETALIATION combines sci-fi with martial arts in JIU JITSU, a new film starring Nicolas Cage, Alain Moussi, Frank Grillo, Rick Yune, Marie Avgeropoulos, JuJu Chan and Tony Jaa. The director talked to us about the making of the film and not using doubles for the stunts since the stars are highly skilled in martial arts.

In JIU JITSU, an ancient order of Jiu Jitsu warriors face an alien invader every six years to defend Earth against the fierce predator. Logothetis explains the concept behind the story and how it came about in the video below.


About JIU JITSU:
Every six years an ancient order of expert Jiu Jitsu fighters faces a fearsome alien invader in a battle for Earth. For thousands of years, the fighters that protect Earth have played by the rules...until now. When Jake Barnes, a celebrated war hero and master Jiu Jitsu fighter, refuses to face Brax, the indomitable leader of the invaders, the future of humanity hangs in the  balance. Injured and suffering from severe amnesia, Jake is captured by a military squad unequipped to fight the merciless intruder who have descended upon the planet. After a brutal alien attack on the military squad, Jake is rescued by Wylie (Nicolas Cage), and a team of fellow Jiu Jitsu fighters who must help him recover his memory and regain his strength in order to band together and defeat Brax in an epic battle that will once again determine the fate of mankind.