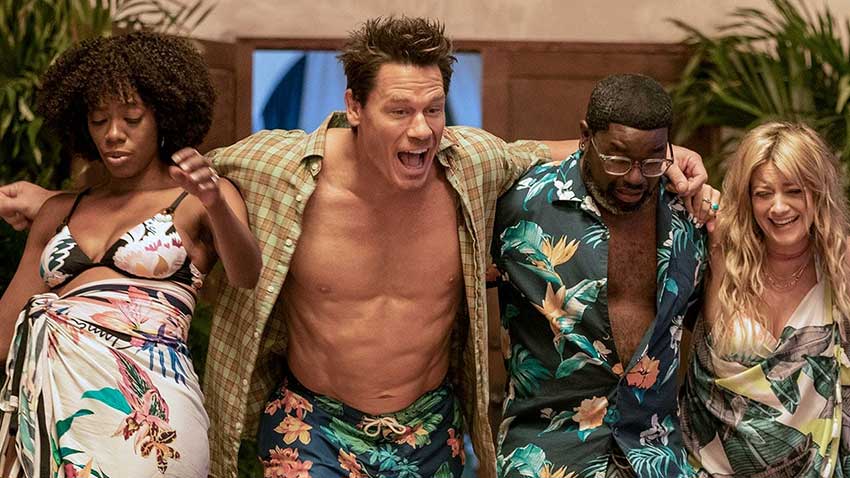 John Cena stars alongside Lil Rel Howery in the Hulu Original movie, VACATION FRIENDS. Cena is the reckless teddy bear while Howery is the uptight businessman who bond over a wild vacation in Mexico with their girlfriends. Cena talks about playing against type while also leaning into his usual stereotype as a tough guy to flip the script.

VACATION FRIENDS also stars Meredith Hagner and Yvonne Orji, streaming on Hulu Friday, August 27. Two couples meet while vacationing in Mexico but Marcus (Howery) and Emily (Orji) have no choice but to hang out with thrill seekers Ron (Cena) and Kyla (Hagner) who get them into loads of trouble. The wild couple encourage the uptight vacationers to let loose but not without a fight.

More about the film:

In this raw and raunchy comedy, straightlaced Marcus and Emily (Lil Rel Howery, Yvonne Orji) are befriended by wild, thrill seeking partiers Ron and Kyla (John Cena, Meredith Hagner) at a resort in Mexico.  Living in the moment, the usually level-headed couple lets loose to enjoy a week of uninhibited fun and debauchery with their new “vacation friends.” Months after their walk on the wild side, Marcus and Emily are horrified when Ron and Kyla show up uninvited at their wedding, creating chaos and proving that what happens on vacation, doesn’t necessarily stay on vacation.

“Vacation Friends” is 20th Century Studios’ first film to have a global release on the Hulu and Disney+ streaming platforms.  The film will also be available in Latin America as part of the new Star+ direct-to-consumer service launching on August 31 in the region.