Jon M Chu Interview: How 'In The Heights' Director Got Cast Not To Walk Off Freezing Set 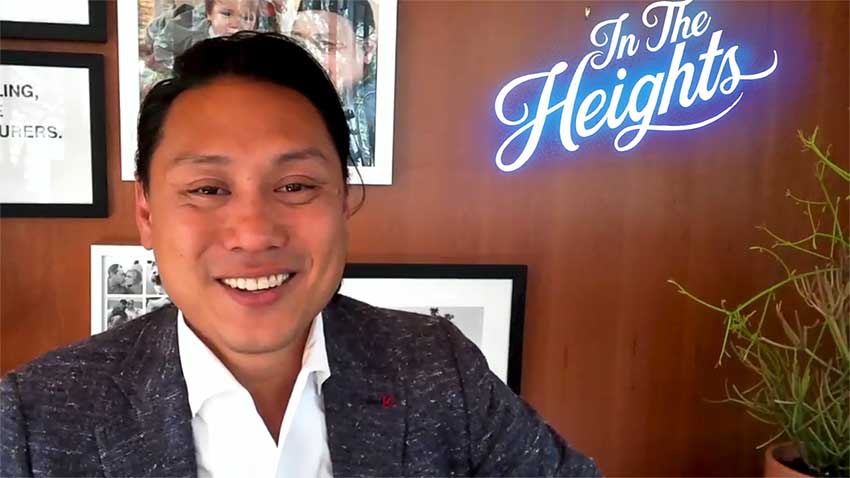 IN THE HEIGHTS director Jon M. Chu pulled off a massive musical number in a community pool for the cinematic adaptation of the Broadway musical featuring over 600 extras and dancers. It wasn't an easy shoot, in addition, the water in the pool was freezing and the talent was ready to walk off because of the cold. The director did something to show them they weren't alone. See what he did.

IN THE HEIGHTS is now in movie theaters and on HBO Max. The musical stars Anthony Ramos as the lead character of Usnavi de la Vega, along with Melissa Barrera (Vida), Jimmy Smits, Corey Hawkins (STRAIGHT OUTTA COMPTON) , Dascha Polanco (Orange is the New Black) and Olga Merediz reprises her Broadway role as Abuela Claudia. Lin-Manuel Miranda, the creator behind the Broadway musical and original Usnavi on stage produces and appears in a cameo in the adaptation.

Watch First 8-Minutes of 'In The Height' Movie

Lights up on Washington Heights...The scent of a cafecito caliente hangs in the air just outside of the 181st Street subway stop, where a kaleidoscope of dreams rallies this vibrant and tight-knit community. At the intersection of it all is the likable, magnetic bodega owner Usnavi (Anthony Ramos), who saves every penny from his daily grind as he hopes, imagines, and sings about a better life.

IN THE HEIGHTS fuses Lin-Manuel Miranda’s kinetic music and lyrics with director Jon M. Chu’s lively and authentic eye for storytelling to capture a world very much of its place, but universal in its experience.