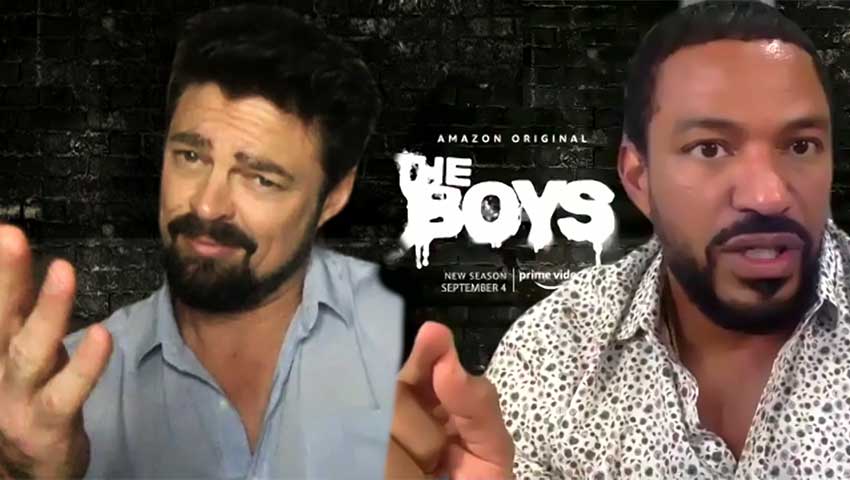 Karl Urban and Laz Alonso return as the Boys on #Amazon Prime's series, "The Boys." Urban's Butcher does something truly terrifying that he won't live down all season. A season 3 has been announced, and Urban gives us an update about the delay in shooting season 3.

On September 4, three new episodes will premiere and a new episode every Friday thereafter, culminating in an epic season finale on October 9.

This season may be even more bonkers than the first one judging from the most disturbing scene you'll see. Butcher rams a speed boat into a whale in a bloody scene the actors and viewers will never forget.

CineMovie sat down with Karl Urban and Laz Alonso to talk about their character's arc this season. Urban describes Billy Butcher as more dangerous this season as he sets out to rescue his wife while Alonso's Mother's Milk is not looking forward for viewers to see more jokes about his strange name.