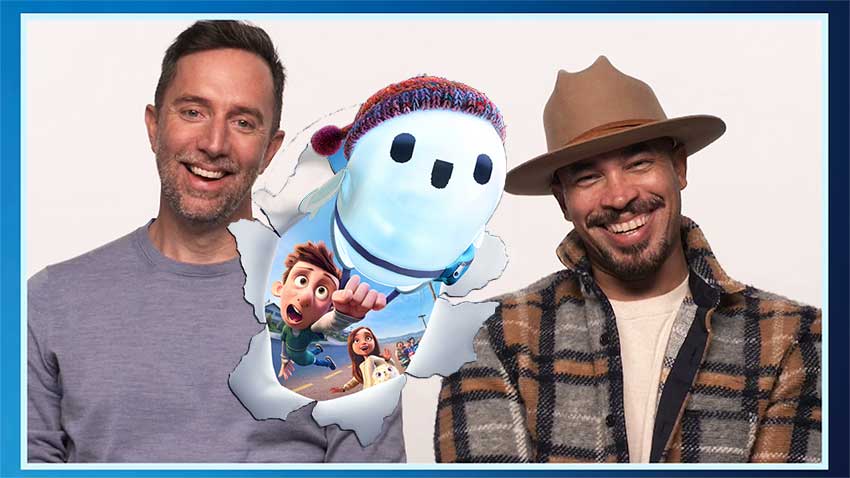 RON'S GONE WRONG contains tons of Easter Eggs for Marvel fans hidden in the design of the children's B-Bots in the animated film as well as a reference to a popular anime movie. Directors Jean-Philippe Vine and Octavio Rodriguez tell CineMovie the animators and themselves had a lot of fun adding personal touches to the skins of the B-Bots during the animation process. The filmmakers also chat with us about working with the voice actors, Jack Dylan Grazer and Zach Galifinakis.

More about RON'S GONE WRONG
RON'S GONE WRONG is the story of Barney, a socially awkward middle-schooler, and Ron, his new walking, talking, digitally connected device, which is supposed to be his “Best Friend out of the Box.” Ron’s hilarious malfunctions set against the backdrop of the social media age launch them into an action-packed journey in which boy and robot come to terms with the wonderful messiness of true friendship. “Ron’s Gone Wrong” features the voices of Zach Galifianakis, Jack Dylan Grazer, Olivia Colman, Ed Helms, Justice Smith, Rob Delaney, Kylie Cantrall, Ricardo Hurtado, Marcus Scribner, Thomas Barbusca.