Meet Save Yourselves' Cast and Filmmakers Behind Funny Apocalyptic Film 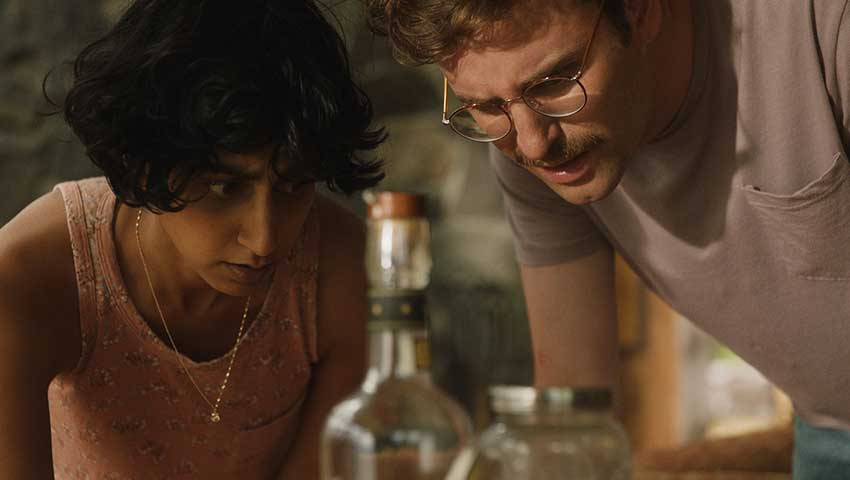 A young Brooklyn couple disconnect from their phones and take a trip to the woods at the worst time just before an alien invasion in SAVE YOURSELVES! The film's stars Sunita Mani ("Glow"), John Reynolds and writer/director team Alex Huston Fischer and Eleanor Wilson talk to CineMovie about the funny apocalyptic film opening this weekend.

‘Save Yourselves!’ Movie Review: A Quirky and Fun Distraction

From Bleecker Street, SAVE YOURSELVES! opens in theaters October 2, and on VOD: October 6.

Best known for her role on Netflix's "Glow," Sunita Mani stars with "Search Party's" John Reynolds.  The actors tell CineMovie their great on-screen chemistry is a result of a long friendship off screen. The story was influenced by the writer/director's own relationship with smart phones, but set it in an absurd circumstance of an alien invasion happening without the character's knowledge.