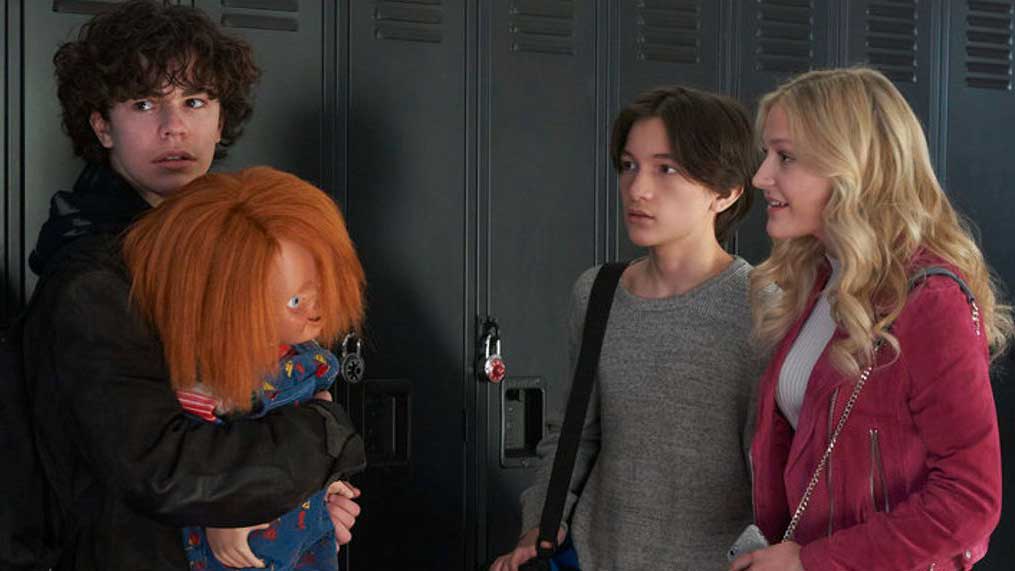 Chucky the killer doll is back to wreak havoc on teen angst kids CineMovie talked to the cast of the Syfy Chucky tv series. Zackary Arthur, Teo Briones and Alyvia Alyn Lind discuss their three-dimensional characters who have bigger teen issues than a killer doll after them, and why the school bully played by Lind may be worse than Chucky.

In the new CHUCKY television series, an idyllic American town is thrown into chaos after a vintage ‘Good Guy’ doll turns up at a suburban yard sale. Soon, everyone must grapple with a series of horrifying murders that begin to expose the town’s deep hypocrisies and hidden secrets. Meanwhile, friends and foes from Chucky’s past creep back into his world and threaten to expose the truth behind his mysterious origins as a seemingly ordinary child who somehow became this notorious monster.