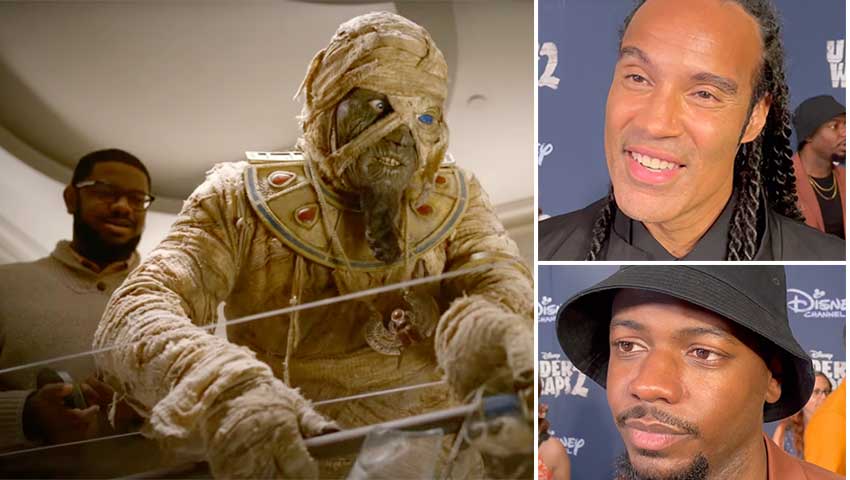 TJ Storm joins the UNDER WRAPS sequel as a villainous mummy named Sobek with Jordan Conley playing his right-hand human, "Larry." The two actors chatted with CineMovie at the Disneyland red carpet premiere for the Disney Channel sequel. Will the new mummy be joining the dance party?

UNDER WRAPS 2 kicks off the Halloween season on the Disney Channel, and the sequel is now airing. The movie features more mummies which means more trouble but also more dancing mummies.

UNDER WRAPS picks up as Marshall, Gilbert and Amy are getting ready to attend Amy's father's Halloween-themed wedding. However, plans soon go awry when the three friends discover their mummy pal Harold and his beloved Rose may be in danger. Sobek, an evil mummy with a 1000-year-old grudge against his best friend-turned-bitter-rival Harold, is unexpectedly awakened and out for revenge. With help from his hypnotized lacky Larry, Sobek kidnaps Rose. Amy, Gilbert, Marshall, Buzzy and Harold must use their skills once again to save her and get back in time to attend the wedding.