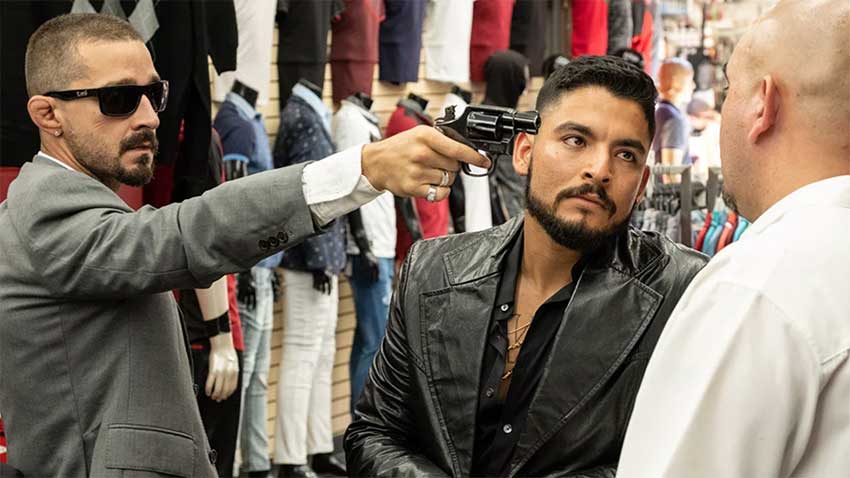 In his first leading role, Bobby Soto stars with Shia LaBeouf in David Ayer's (SUICIDE SQUAD, END OF WATCH) THE TAX COLLECTOR, a crime thriller set in the hood of Los Angeles. Shia plays a character named Creeper, and adopts a Chicano accent for the role of an enforcer along with Bobby's "David" character. Watch below what Soto had to say about working with the quirky actor, and his interesting story of how he met the director and coming from the same barrio.

In Ayer's THE TAX COLLECTOR, David (Soto) and Creeper (LaBeouf) are the "tax collectors" for a crime lord named Wizard in Los Angeles. They collect local taxes from local gang's activities, and live it up in style until an old rival played by Jose Martin aka Chicano rapper Conejo returns from Mexico to claim his territory.

THE TAX COLLECTOR is in movie theaters and On Demand on August 7.

Bobby Soto got his start on television with guest appearances on "Cold Case," "The Closer," "Lie to Me," and then transitioned to films with in A BETTER LIFE (Demien Bichir).  Recently his work includes roles in "Narcos: Mexico" season 2 and the film THE QUARRY with Michael Shannon, Shea Whigham and Catalina Sandino ("The Affair," "American Gothic").