'Star Trek: Prodigy'- Are Brett Gray and Ella Purnell Ready To Be Part of the Beloved Franchise? 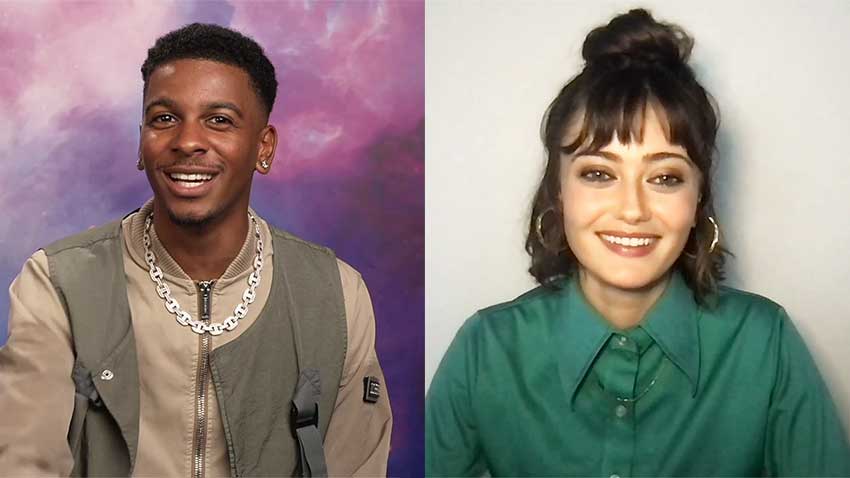 Star Trek: Prodigy voice talent Brett Gray (On My Block) and Ella Purnell (MISS PEREGRINE'S HOME FOR PECULIAR CHILDREN) are excited to play characters in the Star Trek universe. The show is a first for a Star Trek spin-off to focus on aliens, and the stars are excited to be part of it. Nancy Tapia chats with the young cast.

Star Trek: Prodigy premieres on October 28 on Paramount+. The animated series focuses on young alien beings who find a USS Starfleet when they escape the planet they were enslaved on. Bretty and Ella voice the characters of Dal and Gwyn who with their ragtag group will be mentored by Hologram Janeway taking them on adventures to places familiar to the Star Trek universe.

Developed by Emmy® Award winners Kevin and Dan Hageman (“Trollhunters” and “Ninjago”), the CG-animated series STAR TREK: PRODIGY is the first “Star Trek” series aimed at younger audiences and will follow a motley crew of young aliens who must figure out how to work together while navigating a greater galaxy, in search of a better future. These six young outcasts know nothing about the ship they have commandeered – a first in the history of the “Star Trek” franchise – but over the course of their adventures together, they will each be introduced to Starfleet and the ideals it represents. STAR TREK: PRODIGY is produced by the Nickelodeon Animation Studio and CBS Studios’ Eye Animation Production.