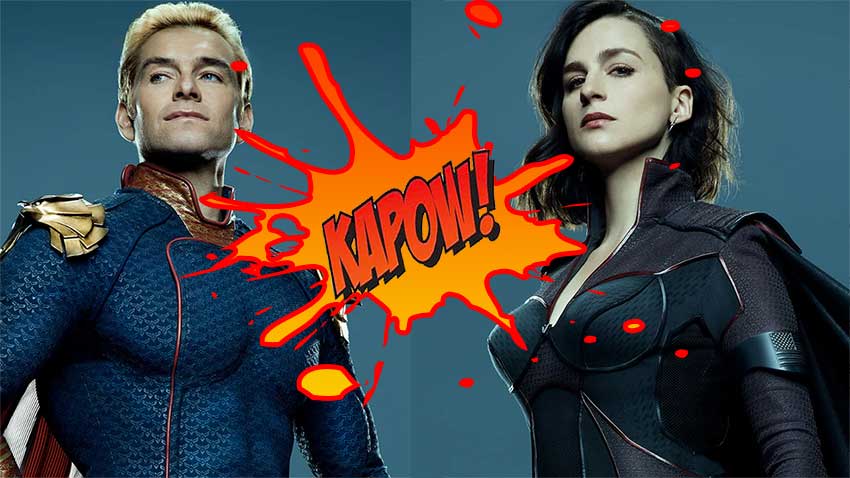 'The Boys.' Antony Starr aka Homelander and Aya Cash, the new Supe - Stormfront tell CineMovie to expect a big blow out between the two in season 2 premiering September 4. They also drop some other clues in our Zoom interview with the actors. Watch below.

"The Boys" returns for season 2 for more insane action. Homelander (Starr) is about to meet his match with a new Supe played by Cash. She comes in like a hurricane bringing destruction for not only the Boys but she's about to shake things up for the Supes.

Starr and Cash tease a big blow out between Homelander and Stormfront, and they drop a few clues to what to expect from season 3.

On "The Boys" Season 2 of the Amazon Prime Video series, the Boys are on the run thanks to the Supes. The new season will premiere Friday, September 4, 2020 with three episodes, culminating in an epic season finale on October 9. Like the first season, the series will consist of only eight-episodes.

The eight-episode Amazon Original series will be available exclusively on Prime Video in more than 200 territories around the world, and is produced by Amazon Studios and Sony Pictures Television Studios with Point Grey Pictures, Kripke Enterprises and Original Film.