Val Kilmer's Children Talk About His New Documentary, Val and the Tragedy That Befell Actor 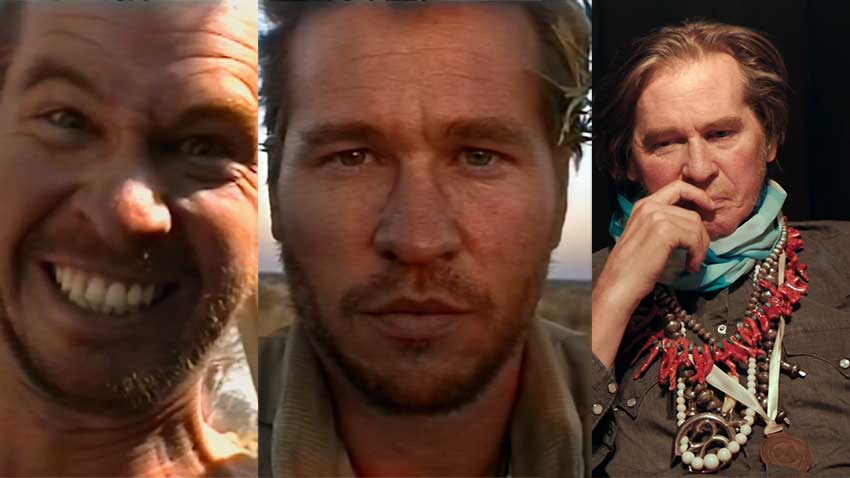 Val Kilmer achieved every actor's dream but tragedy struck in the third act of his life. Kilmer reflects on his life in the new documentary VAL (now streaming Amazon Prime) which features thousands of hours of home videos shot by Kilmer starting from a very young age.  VAL features footage from the actor's childhood, from on the sets of his most memorable movies, his personal life, and struggles with throat cancer. His adult children Mercedes and Jack Kilmer talk about working with their father on this project, and directors Ting Poo and Leo Scott discuss what they wanted to portray in the documentary.

The VAL film gives insight into the actor's passion for his craft of acting as well as his personality he describes as the "soul of a clown." The countless hours of home videos by Kilmer shows a different side to him rarely seen and the opposite of what's been reported in the media as a rebellious, uncontrollable thespian. His adult children who appear in the documentary alongside him talk about their involvement and give us an update on his well-being.

For someone who relies on his voice for his livelihood, it's a great tragedy to see Kilmer unable to resume acting due to throat cancer that ravaged his voice. That's not stopping him with a few films lined up including reprising his role of Iceman in the TOP GUN sequel, MAVERICK.

More about VAL
For over 40 years Val Kilmer, one of Hollywood’s most mercurial and/or misunderstood actors has been documenting his own life and craft through film and video. He has amassed thousands of hours of footage, from 16mm home movies made with his brothers, to time spent in iconic roles for blockbuster movies like Top Gun, The Doors, Tombstone, and Batman Forever. This raw, wildly original and unflinching documentary reveals a life lived to extremes and a heart-filled, sometimes hilarious look at what it means to be an artist and a complex man.