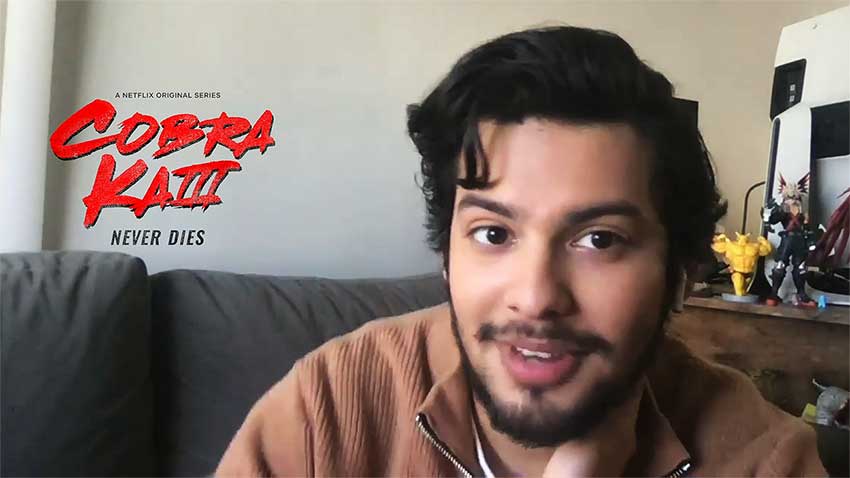 In Cobra Kai season 3,  Xolo Maridueña's Miguel takes responsibility for his actions last season which left him paralyzed. CineMovie talked to Xolo about his transformation and his screen mom Vanessa Diaz about her love affair with Johnny Lawrence (Willliam Zabka).

Cobra Kai Never Dies is currently streaming on Netflix. In the new season, Johnny and Daniel team up to stop Kreese from further radicalizing his teen students.  Johnny focuses on Miguel in his recovery while Daniel reevaluates his role in the whole debacle.

'Cobra Kai' Star on Not Getting All Nods to Original Films

Thanks to Nancy Tapia for sitting down with the Cobra Kai stars.

Cobra Kai takes place 30 years after the events of the 1984 All Valley Karate Tournament, where a now successful Daniel LaRusso (Ralph Macchio) struggles to maintain balance in his life without the guidance of Mr. Miyagi, and must face his previous adversary, down-and-out Johnny Lawrence (William Zabka), who seeks redemption by reopening the infamous Cobra Kai karate dojo.