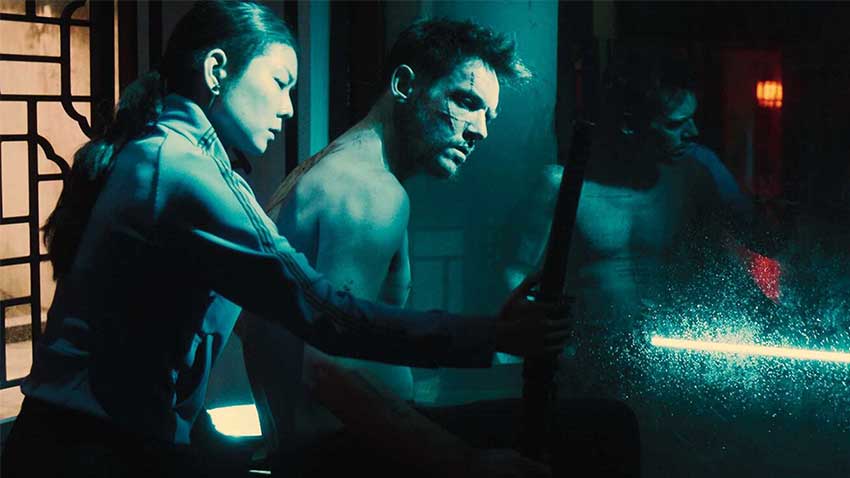 Musician turned actress MASUMI stars in YAKUZA PRINCESS with Jonathan Rhys-Meyers who helped her with acting tips for her first acting role. Masumi plays a sword-yielding heir to a Yakuza dynasty, but ironically she's afraid of sharp, pointy objects. She talks about her training and what it was like acting for the first time in an action film.

YAKUZA PRINCESS will be available in theaters and on Digital on September 3rd. MASUMI stars as Akemi, an orphan who discovers she's the heir to a Yakuza dynasty when the men who murdered her family come after her. She joins forces with an amnesiac stranger (Rhys-Meyers) who offers to help.

MORE ABOUT YAKUZA PRINCESS Set in the expansive Japanese community of Sao Paulo in Brazil — the largest Japanese diaspora in the world — YAKUZA PRINCESS follows Akemi (MASUMI), an orphan who discovers she is the heiress to half of the Yakuza crime syndicate. Forging an uneasy alliance with an amnesiac stranger (Rhys Meyers) who believes an ancient sword binds their two fates, Akemi must unleash war against the other half of the syndicate who wants her dead.