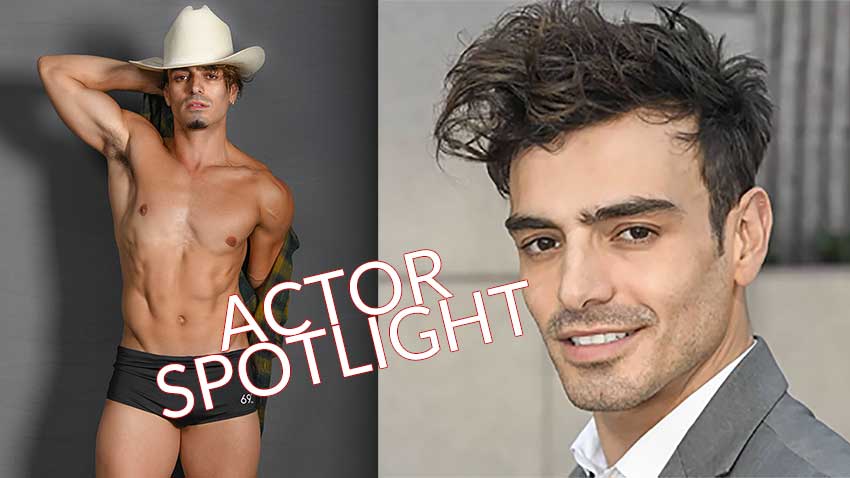 Andres Mejia Vallejo ("Jane the Virgin") landed in America wanting to be an actor, but the Colombian actor didn't know a lick of English and he was flat broke. Now you can catch the bilingual actor in Apple TV+'s original series, "Ghostwriter." Andres spoke to CineMovie about his experience as an immigrant trying to make it in Hollywood.

"Ghostwriter" is now streaming on the new Apple TV+ platform. To learn more about Andres, read below.

Andres Mejia Vallejo, is an actor best known for his role CW’s Jane the Virgin as Arturo. He will next be seen in the anticipated AppleTV+ original series Ghostwriter, as young grandpa Ernesto, a reinvention of the beloved original series, following four kids who are brought together by a mysterious ghost in a neighborhood bookstore, and must team to release fictional characters from works of literature.

Vallejo was born in Colombia and at the age of 19 he moved to the United States as an immigrant speaking no English and with no family or friends. With one thousand dollars in his pocket and odd jobs he taught himself English and became a US Citizen.

After working for Bunim Murray for over 3 years Vallejo decided to quit his career in production to focus on his acting career. It wasn't easy at first as he went back to odd jobs to find ways to support himself as an actor. However, his dedication and perseverance did allow him to meet the right people and was signed by a great manager. A few months later he was on the set for his first co-star on CW’s Jane the Virgin. Soon after he booked a few leads in different projects and shortly after he booked a leading role in Columbia’s production of Shakespeare in Love, a theater play where he played Ned Alleyn.

In 2018 was titled Mister Colombia and traveled to Poland to represent his country as the first Colombian to every compete in Mister Supranational, an international talent competition where he was selected by his own fellow competitors as Mister Friendship.

Continuing with new challenges, in 2019 Vallejo became the president and creator of a new swimsuit line for men called 69dgs, or 69 degrees www.69dgs.com.

Andres currently resides between Los Angeles and Colombia and, if you were to define his acting strengths, you can say he is a comedian at heart and a great dramatic actor.