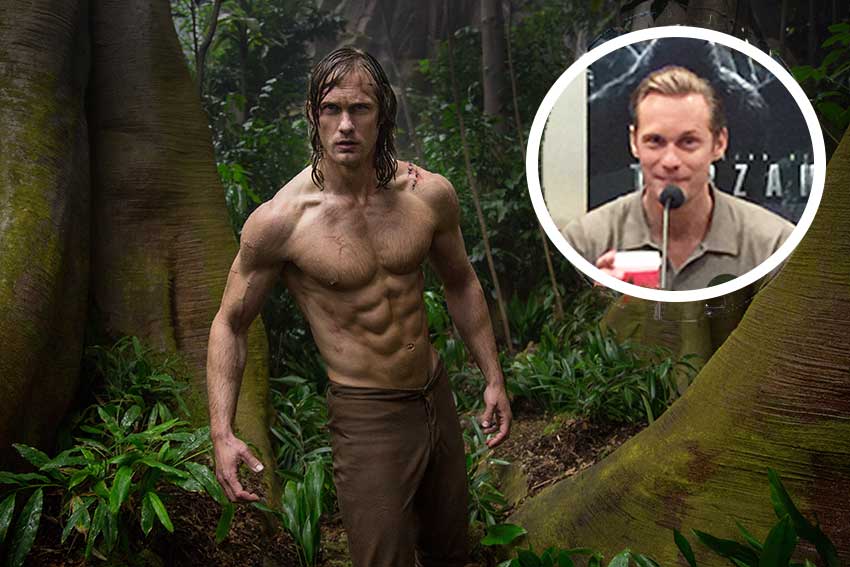 When one thinks of Tarzan, a wild man in a loincloth comes to mind, but for LEGEND OF TARZAN, David Yates didn't employ the skimpy wardrobe for Alexander to play Lord of the Jungle.  Turns out Alexander was disappointed his character didn't wear a "sexy loincloth."

At a recent press conference with LEGEND OF TARZAN stars Alexander Skarsgard, Margot Robbie, Samuel L. Jackson, Djimon Hounsou and director David Yates, the actors and helmer talked about taking on the project because it was not like any other Tarzan movie in its approach. However, while the movie stays away from cliches and stereotypes about the character based on Edgar Rie Burrough's story, the script did work in a couple of jokes about the many Tarzan stereotypes. Since there has been so many iterations of the Tarzan story told over the years, CineMovie asked the actors if there were factors that would have made them turn down the project like wearing a loincloth. Alexander jokes he campaigned for the loincloth.  Listen to the interview.