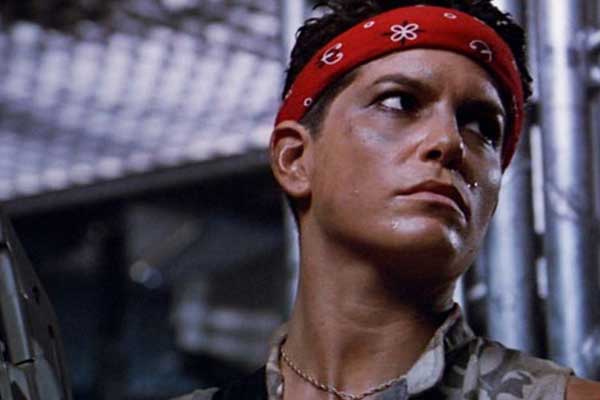 July 18, 2016 marks the 30th Anniversary of James Cameron ALIENS, and we caught up with actress turned business owner Jenette Goldstein last year who most will remember as "Vasquez" the tough chola soldier at war with aliens. CineMovie is talking to her about her role in the classic action film, and how she transformed herself into a "chola" from East Los Angeles.

Jenette Goldstein also starred in Kathryn Bigelow's horror vampire cult classic Near Dark, and went on to work with Cameron in Titanic and Terminator: Judgement Day. We're talking to her about her participation in those memorable films.